Homeowners who live above a crawl space may not often venture into the dark void beneath them, but that doesn’t mean the space below isn’t important.

Crawl space health is actually very important to the overall health of the home. When things start to go wrong in a crawl space—whether they be foundation cracks, pest infestations, mold, or rot—the issue can become problematic real quick.

Helitech has been providing expert crawl space repair and related services in the Illinois, Missouri, Quad Cities, and Western Kentucky region for over 50 years. In this article, we are definitively answering the question, “Do I need a vapor barrier for my crawl space?”

What Is a Vapor Barrier?

A vapor barrier is…simply put…a barrier against water vapor. It is composed of a thin layer of man-made material, usually polyethylene plastic. Higher quality vapor barriers can include reinforcing materials with increased thickness for added protection.

The vapor barrier is placed along the ground and inside walls of the crawl space. The idea is to prevent water vapor from ‘ingressing’ into the crawl space from below the home or through the foundation walls.

At first pass, it might not be obvious why this is important for protecting a crawl space. With vapor barriers, the biggest threat we are trying to avoid is water damage; when moisture is kept away from the crawl space, it can’t accumulate and cause problems like mildew, mold, wood rot, corrosion, etc.

For many homes, a vapor barrier can also provide an added layer of insulation that can result in significant energy savings over the long term.F

Does Your Crawl Space Need a Vapor Barrier?

Generally speaking, your home could benefit from a vapor barrier-lined crawl space if the following statements are true:

Having a vapor barrier installed is one of the easiest and most economically sound decisions homeowners can make, and they can often be installed in a single day in most cases. 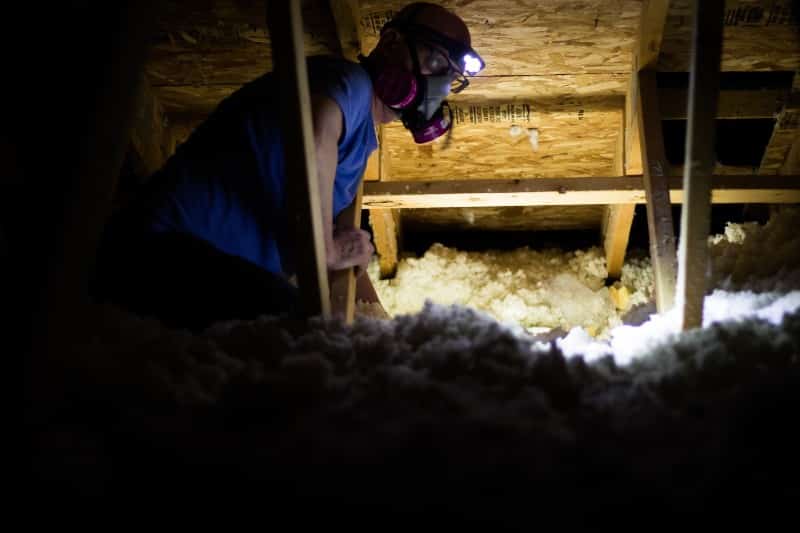 When you hire the experts at Helitech to install a high-quality vapor barrier in the crawl space of your home, we’ll take the following steps:

After the job is done, all that’s left to do is to breathe easier knowing your crawl space is protected and your home has increased defenses against moisture-related issues. And, depending on the thickness and type of barrier that was used, you might be able to use your newly treated crawl space for added storage. That’s not a bad perk!

Now that you know how important it is to protect your crawl space with a high-quality vapor barrier, why not contact the professional waterproofing experts at Helitech to schedule an on-site consultation?

We’ll take the time to explain all of your options, walk you through the material selection process, and make the entire project as easy on your schedule as possible.

Ready to start the conversation? So are we! Call us now at 800-246-9721 or contact us online. We look forward to working with you and giving you the peace of mind that comes from living in a home that has enhanced defenses against the dangers of water damage.