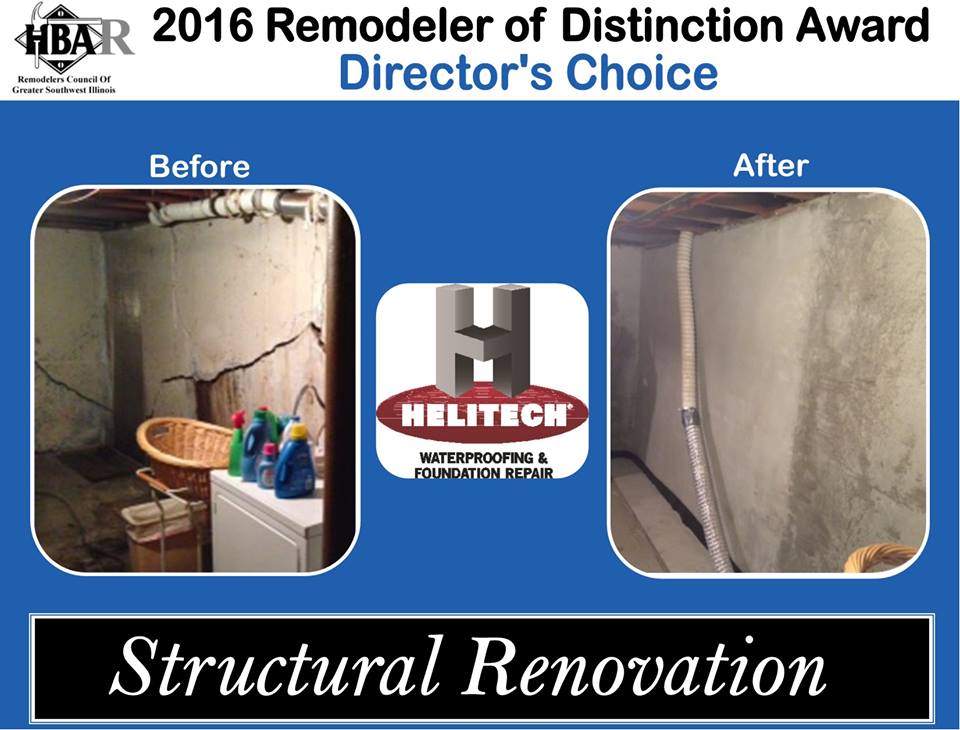 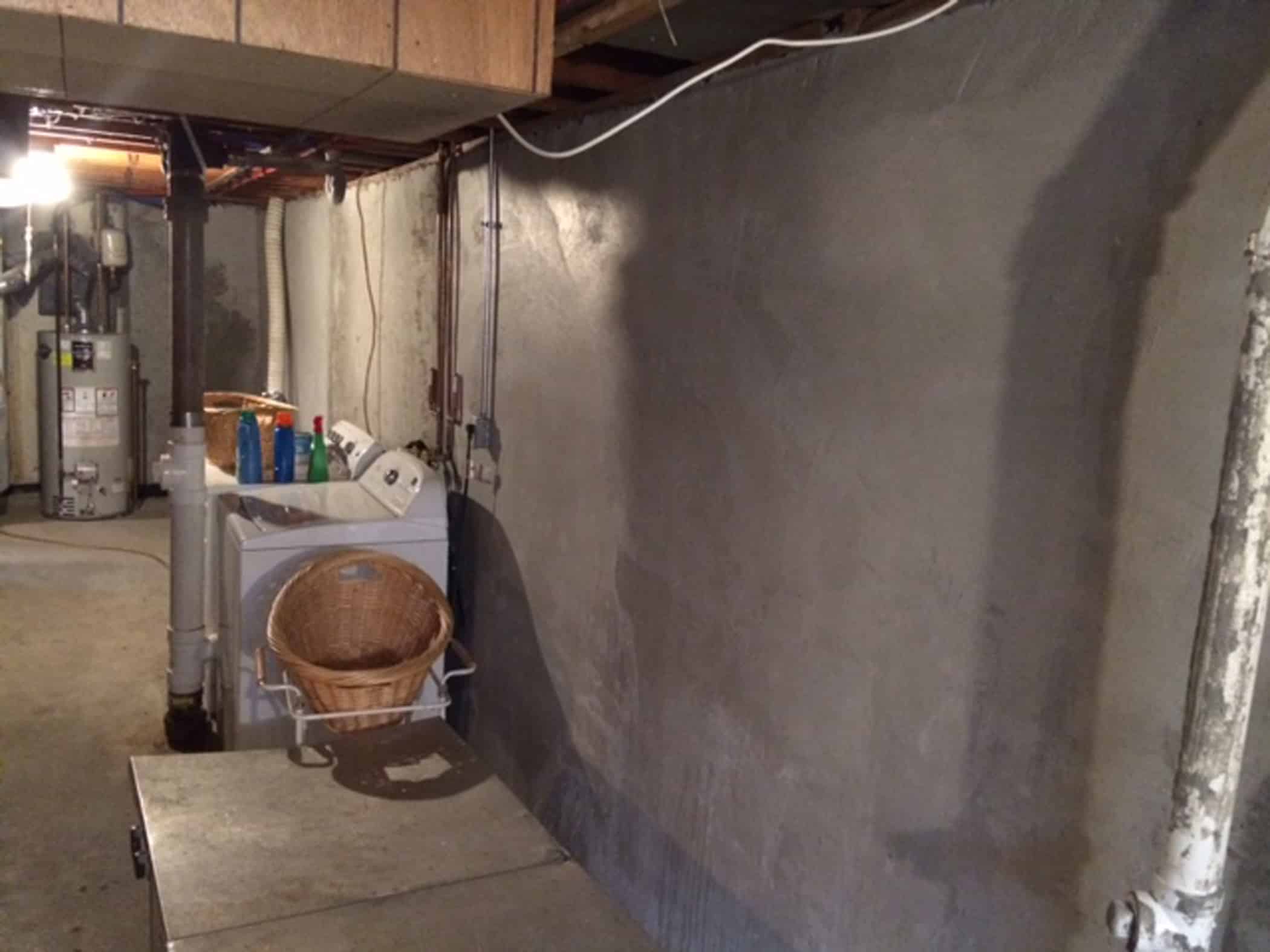 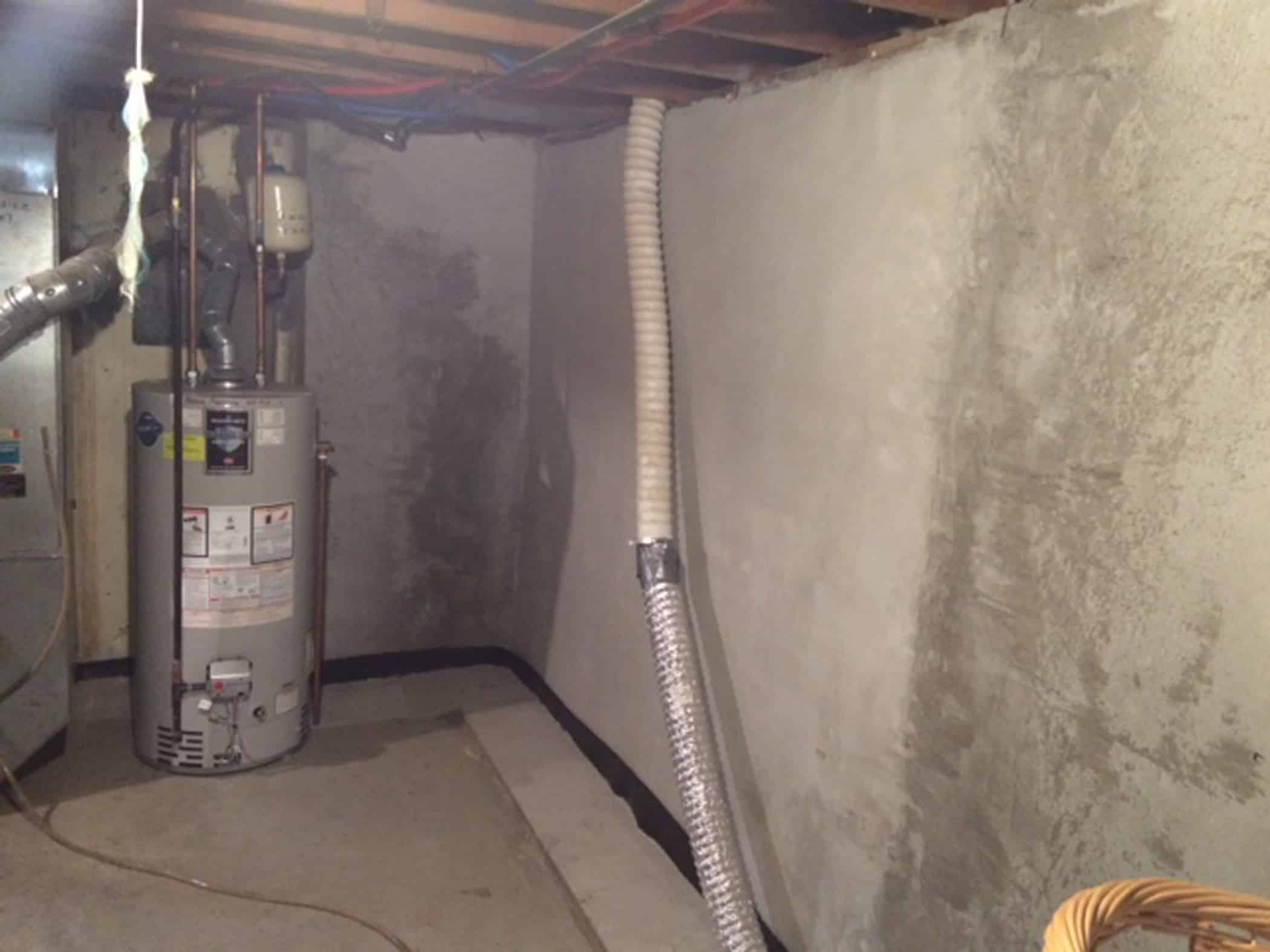 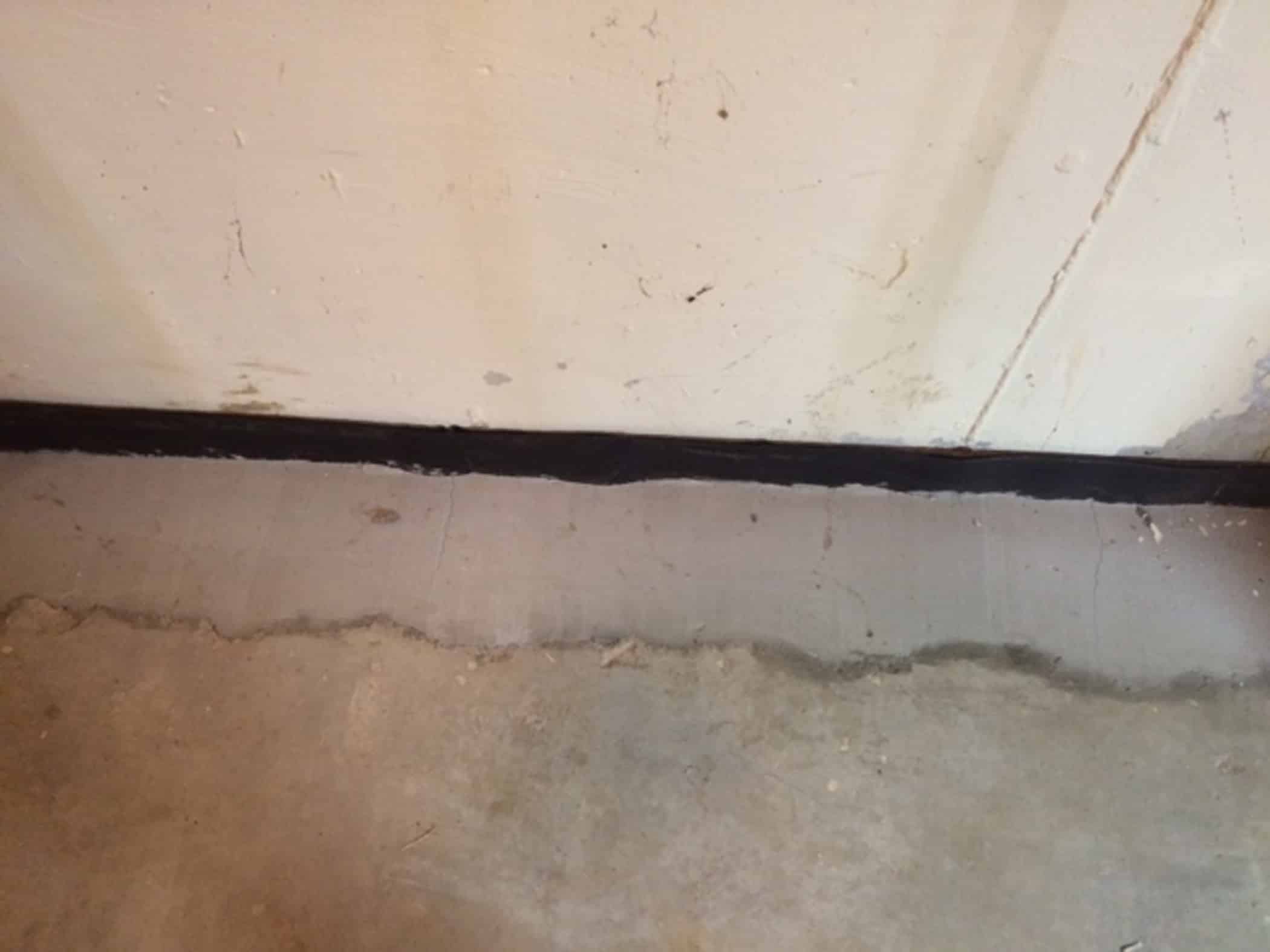 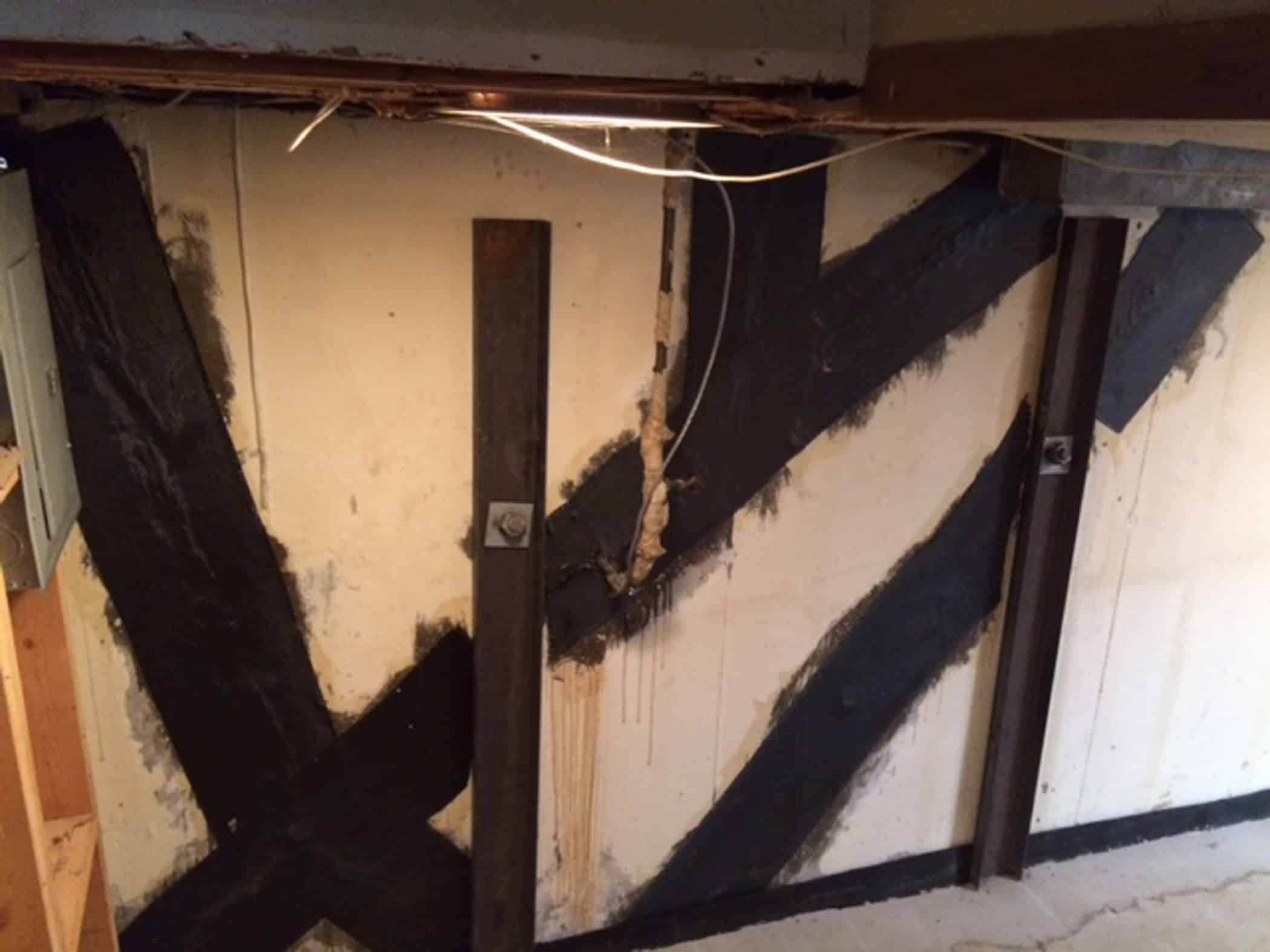 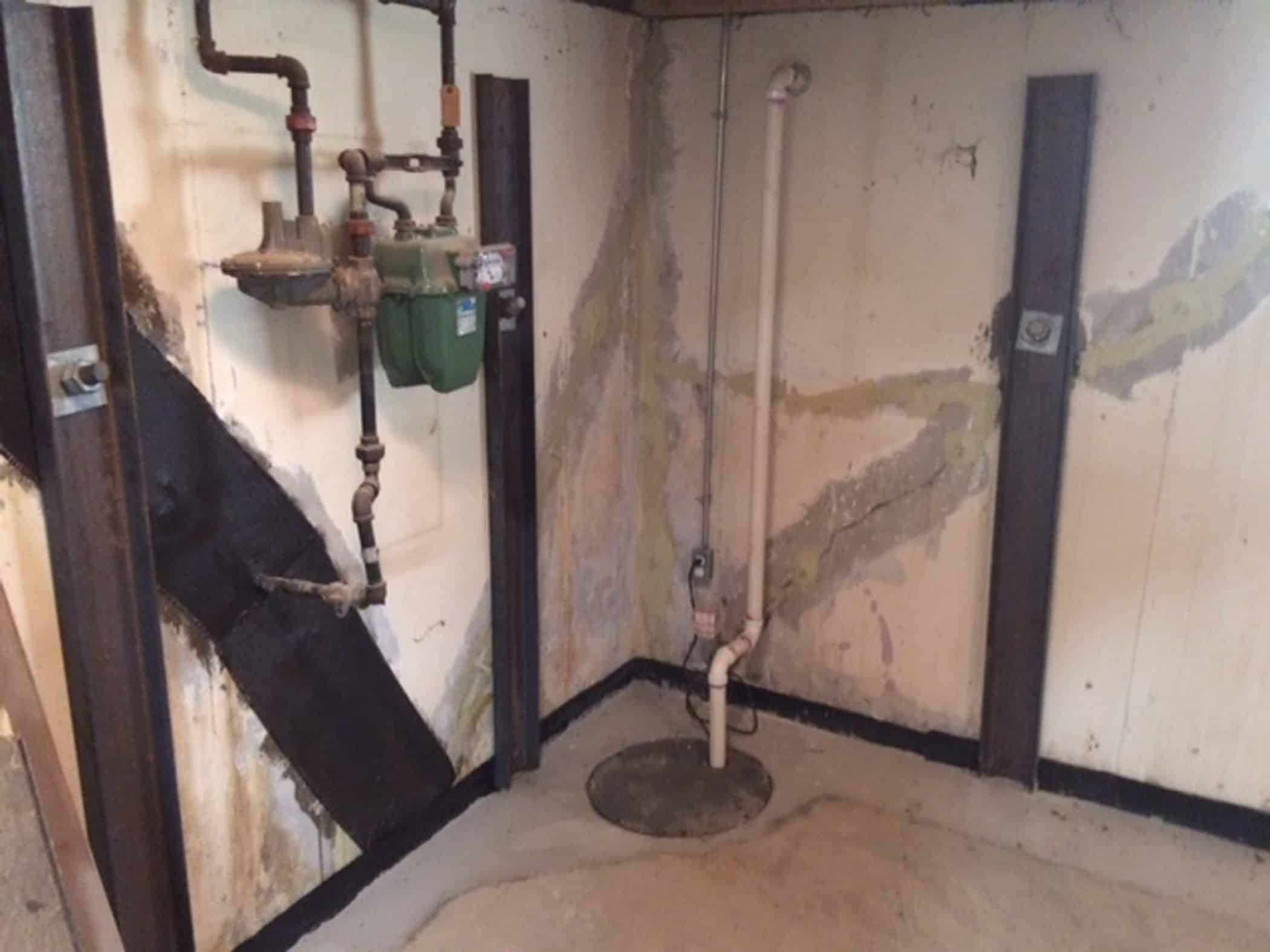 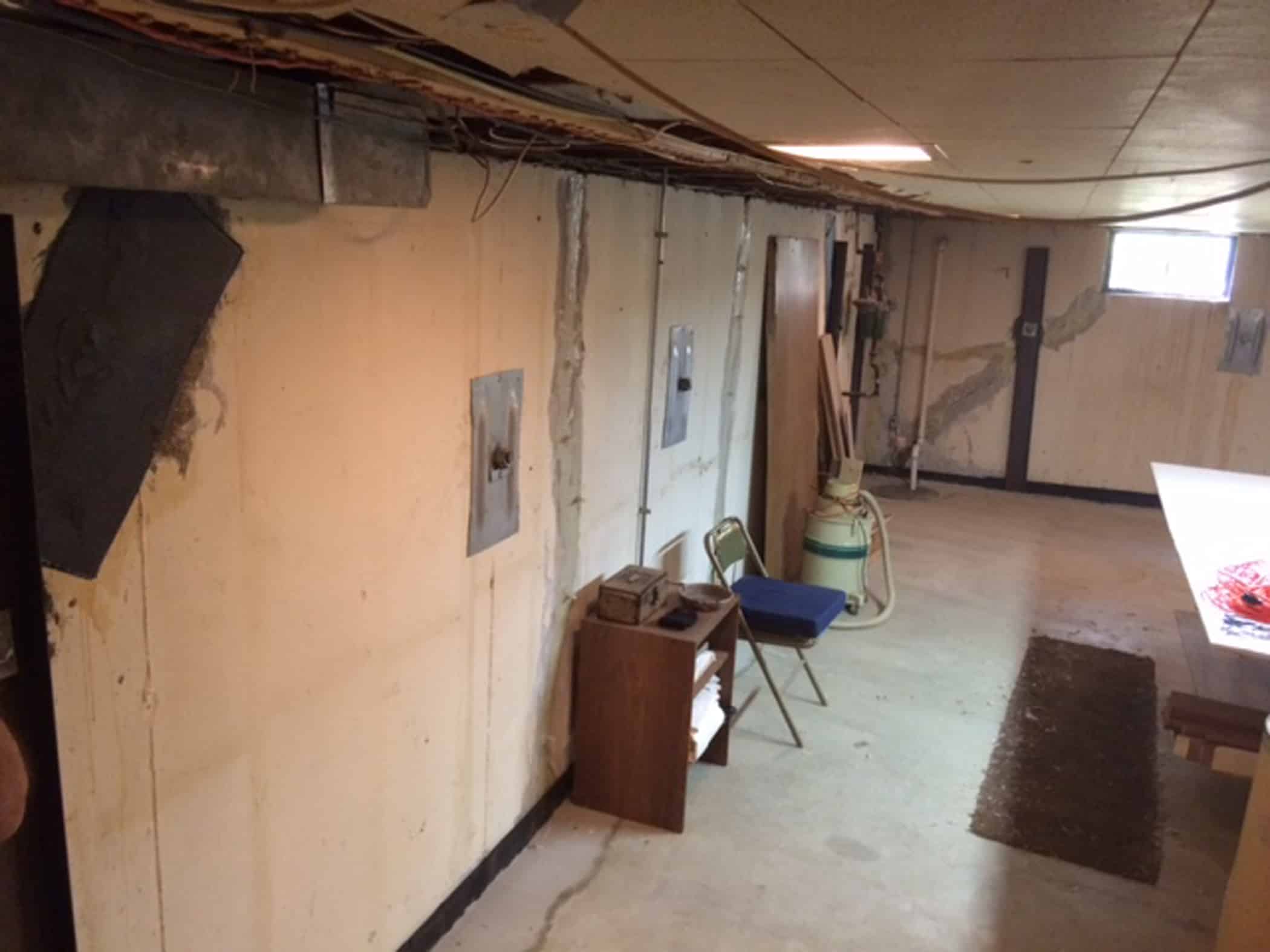 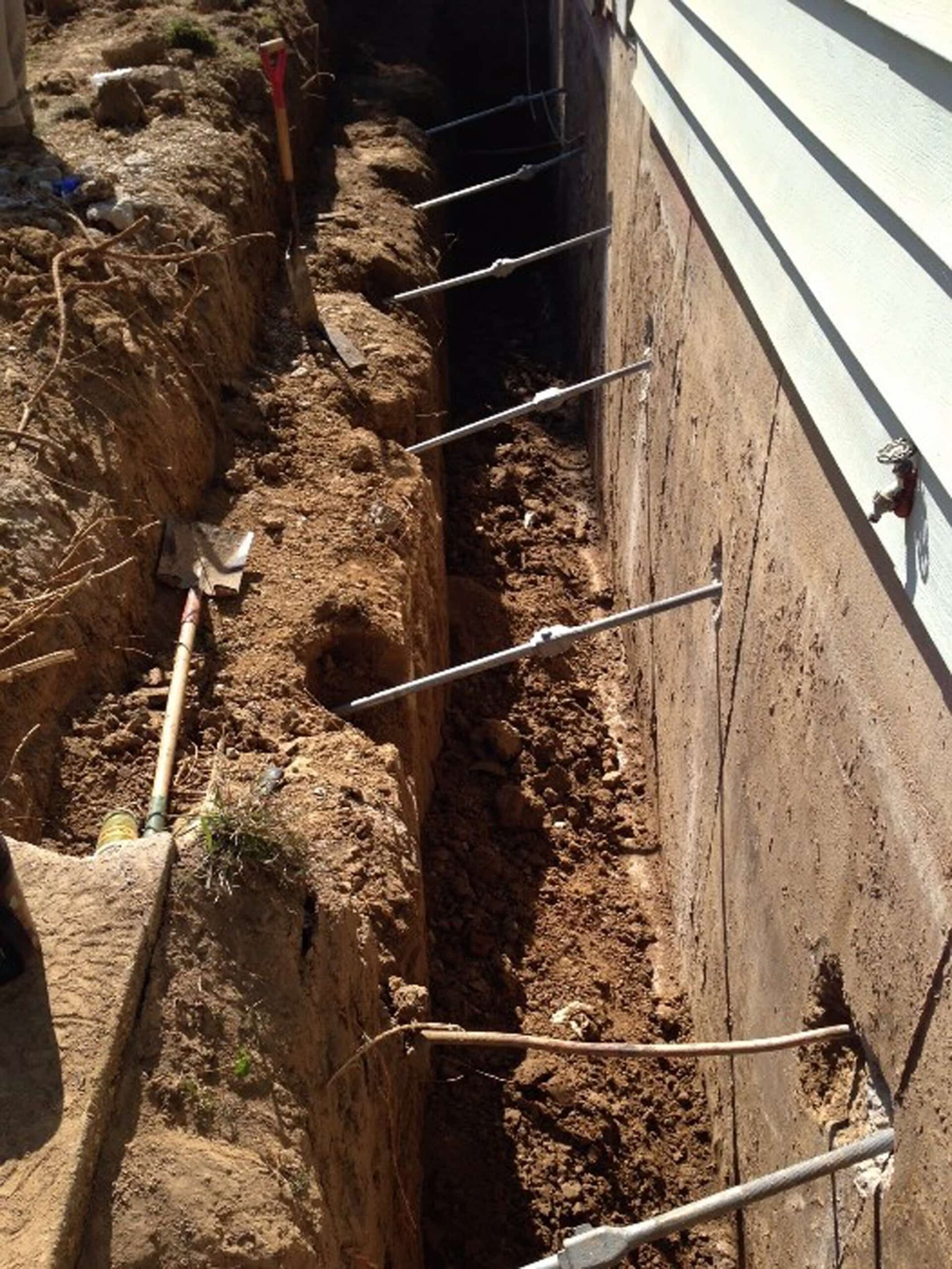 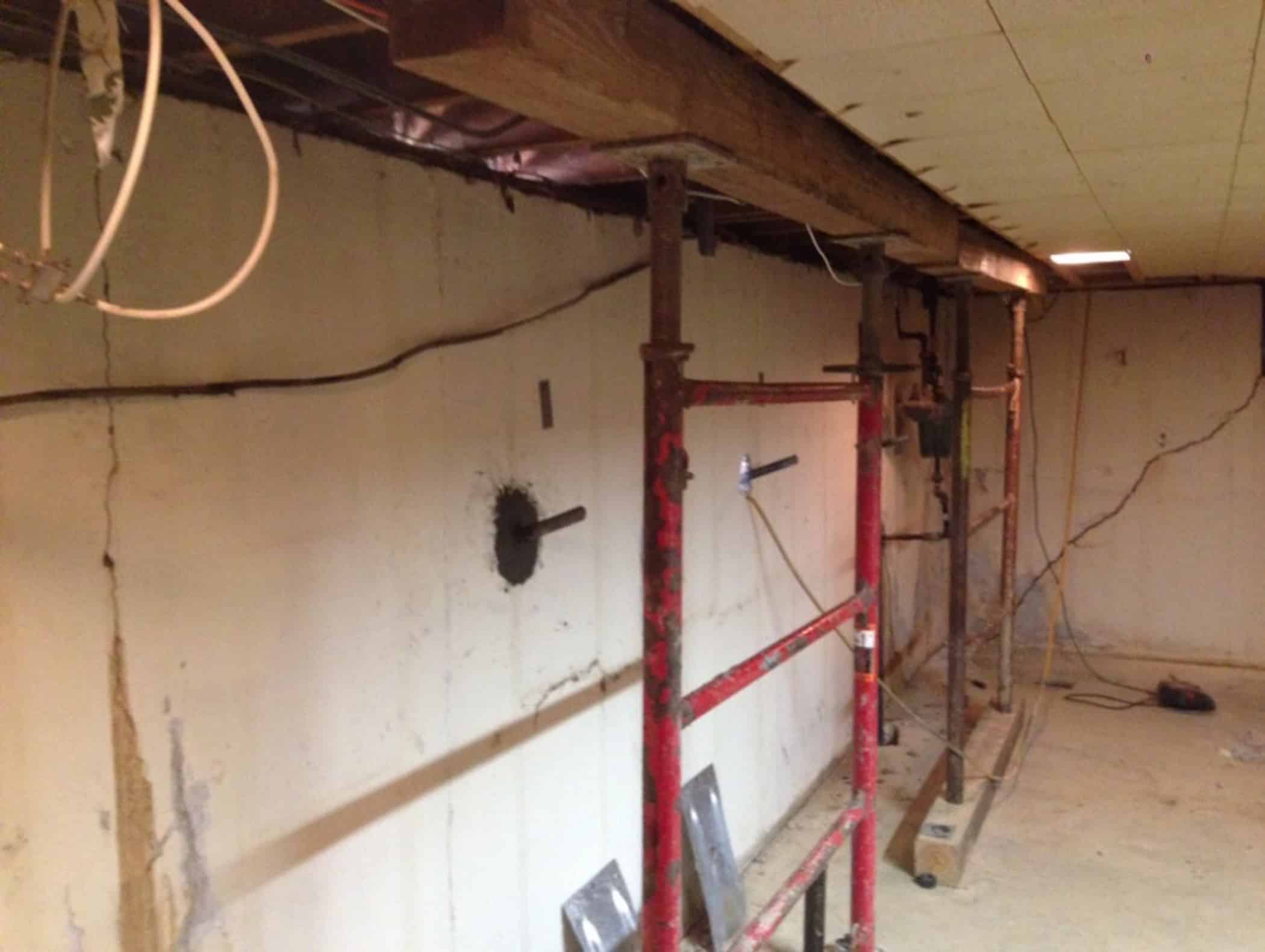 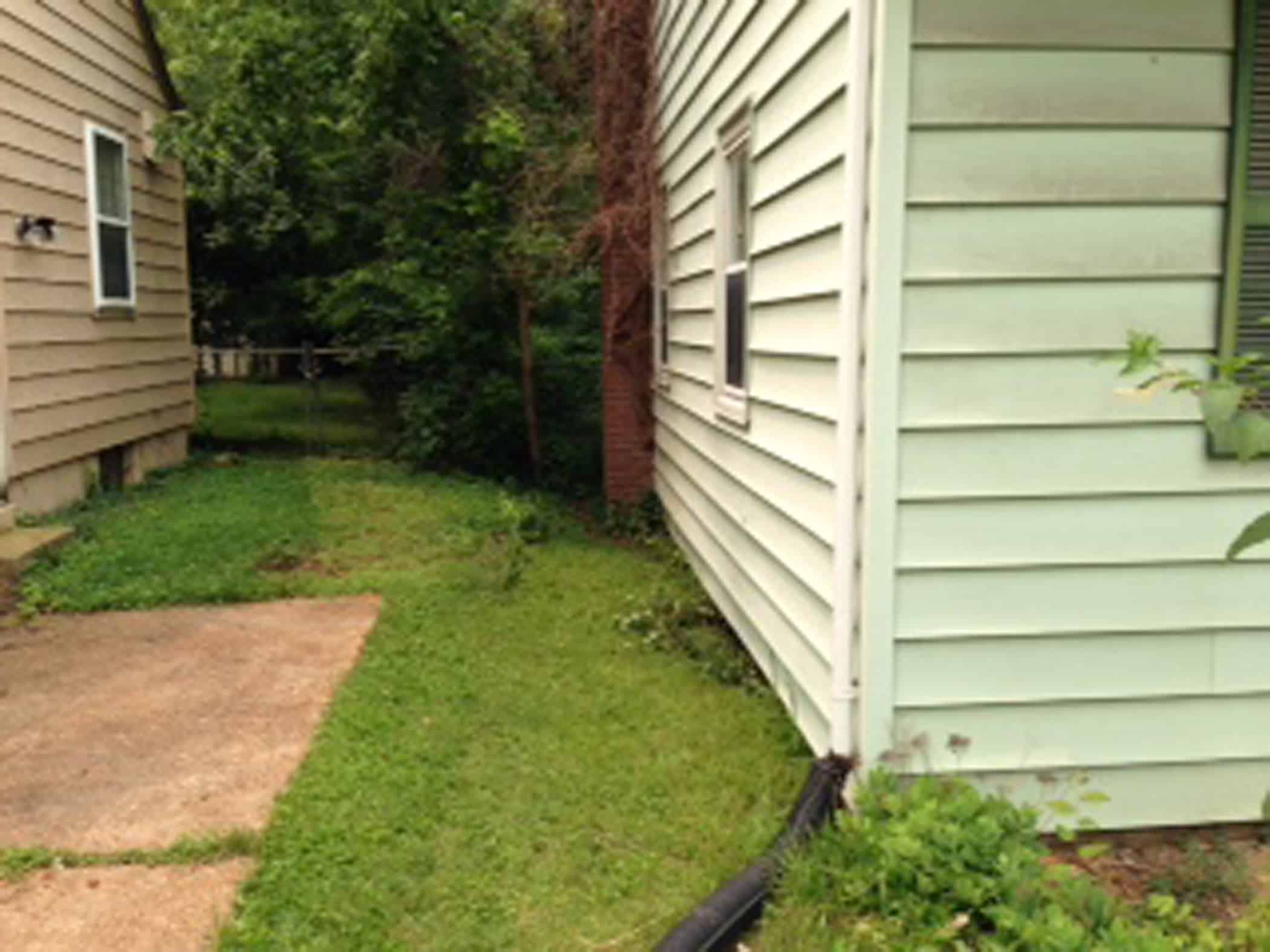 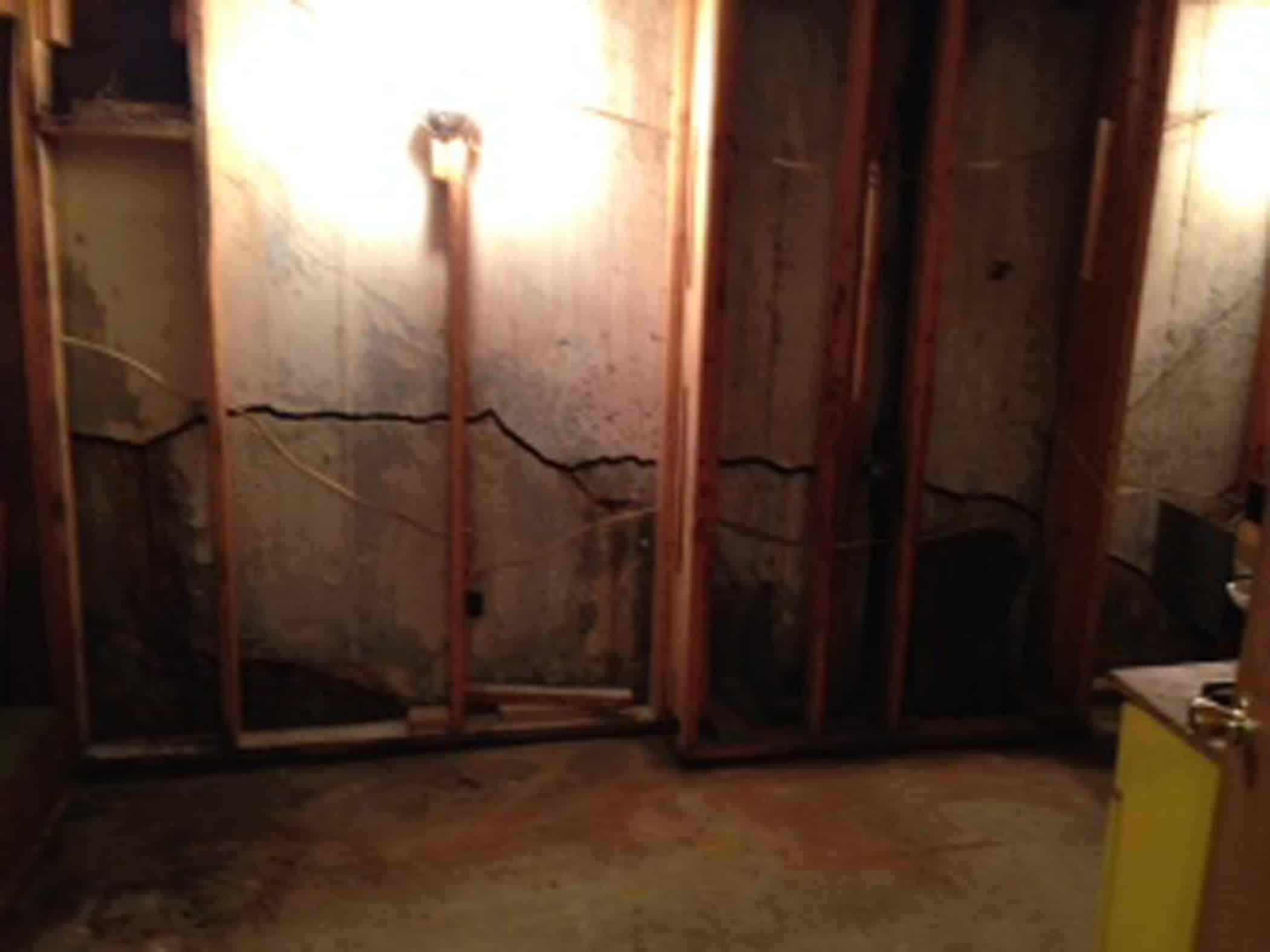 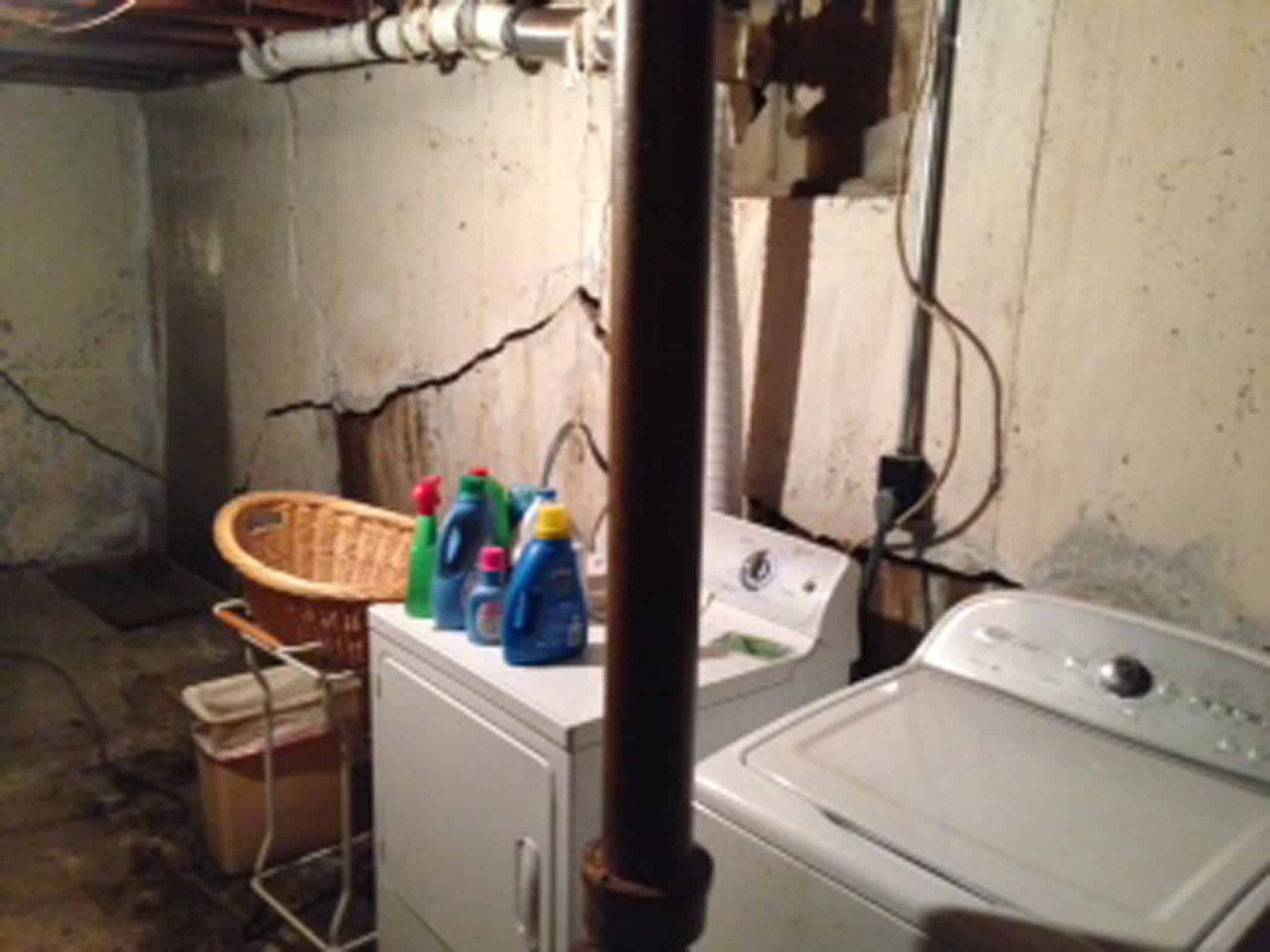 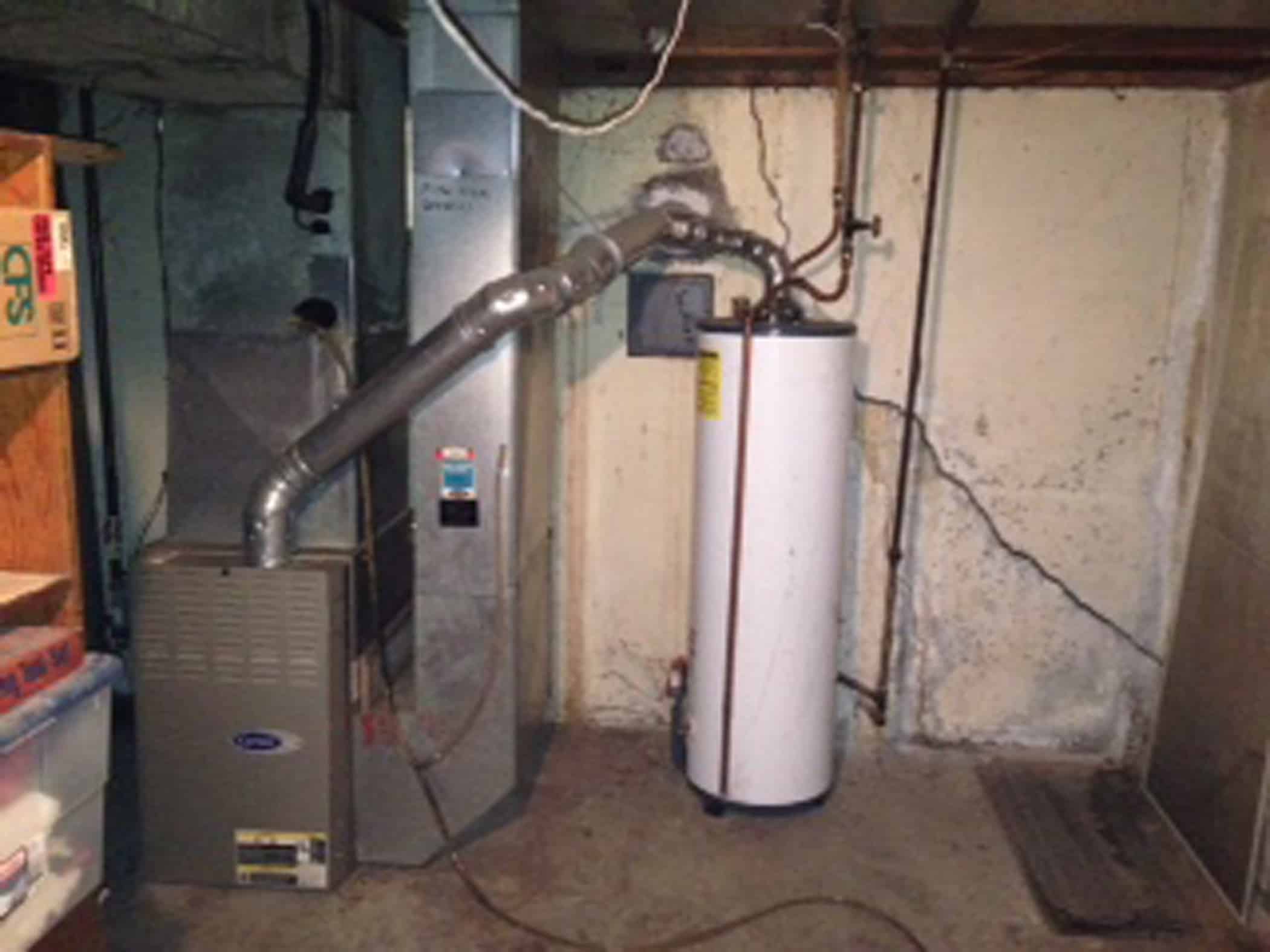 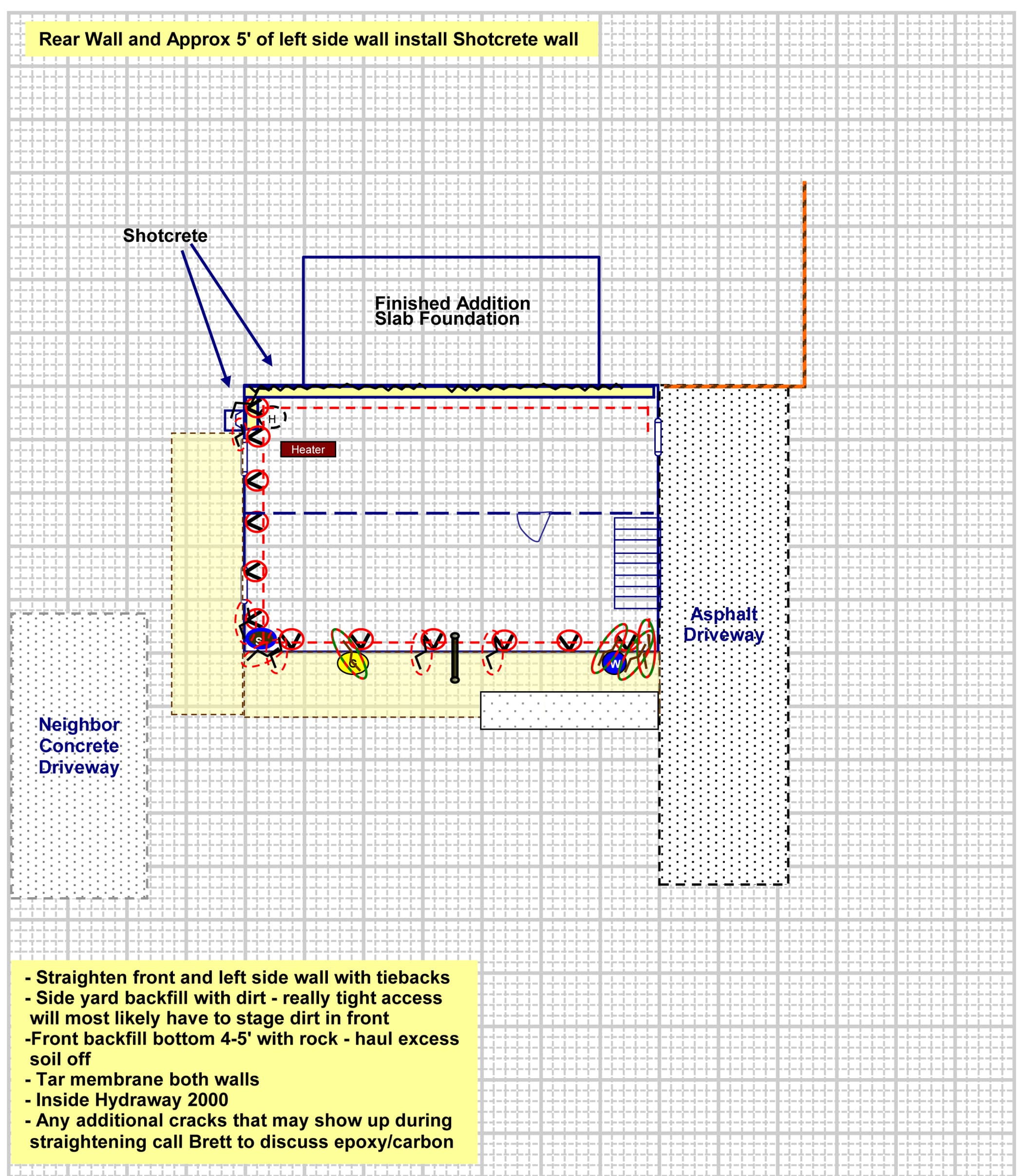 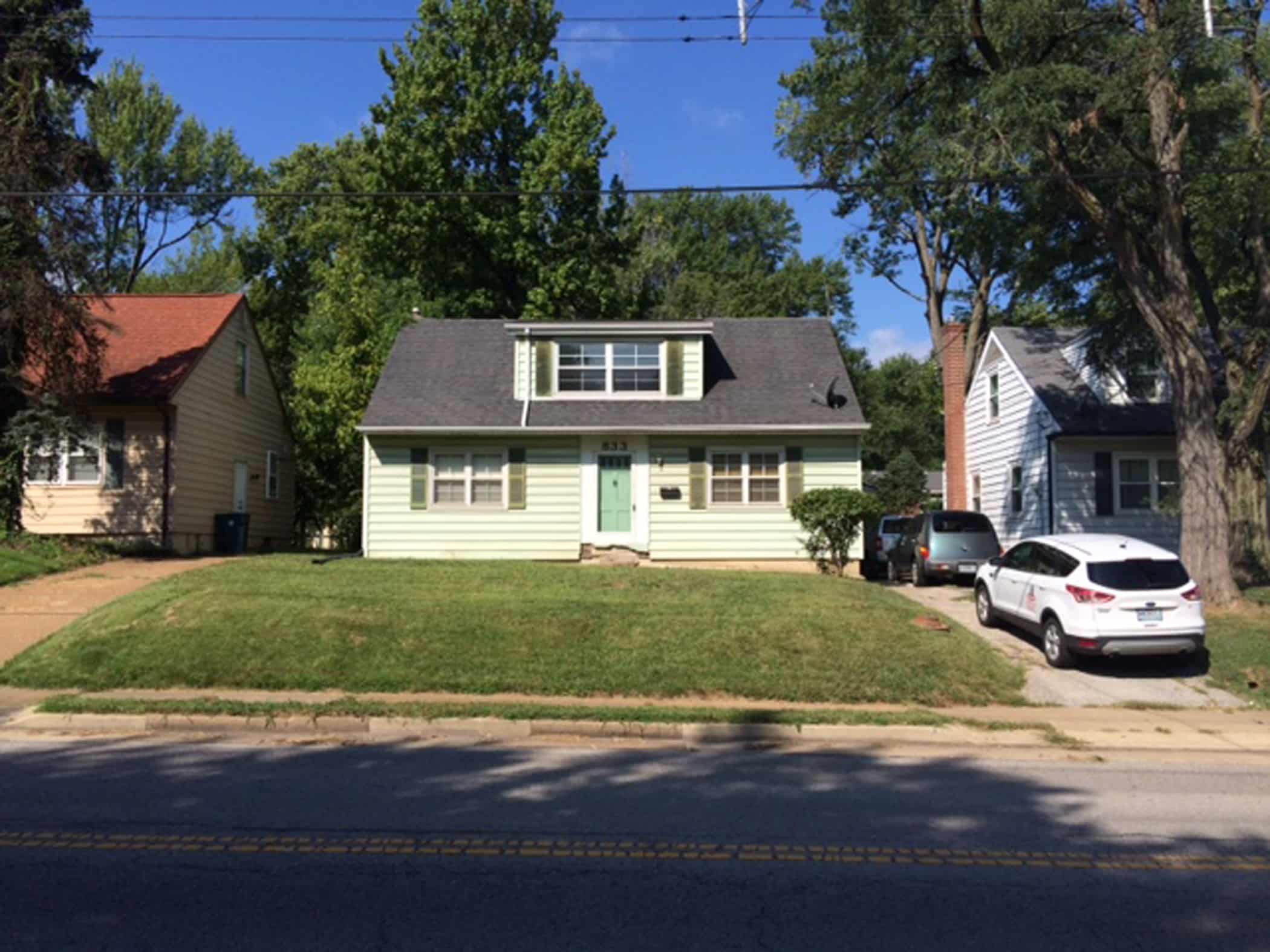 This home in Kirkwood, MO had both structural issues with the foundation and water intrusion through cracks and basement floor.  The cracks were a result of lateral movement (bowing) in three of the four foundation walls, with the front and rear walls being significant. The front wall had leaned in over three and a half inches, which was damaging the ductwork in the basement. The rear wall had not only significant cracking but also was bowing in the middle, while the left side wall was leaning in two and a half inches.

What made this project so challenging was the small lot size. In order to excavate soil on the outside of walls, large equipment is typically needed; whereas with this project, space was limited.

Along the rear foundation wall was a slab on grade addition that was put on the original structure. We were not able to excavate along here and reach the original foundation to install tiebacks, therefore constructing a shotcrete wall the next option.

Excavation: The front and left side walls were excavated in order to allow room for the helical tiebacks to be installed. Due to limited access, soil had to be hauled off-site. To allow walls to be straightened, the main level floor joists were additionally supported along the foundation.

Anchor Installation: Anchors were run at a 15-20 degree angle down into the soil to pressures of nearly 2,000 psi. The lengths of the anchors extended to approximately 15 feet to ensure the anchors were properly seated into the inactive soil.

Wall Pulling: By the time the wall straightening was completed, the walls were pulled out nearly four full inches to their original position.

Sprayed Membrane: Once the walls were straightened, the foundation was sprayed with a polymer enhanced membrane to help prevent moisture absorbing into walls.

Backfill: The excavated soil was replaced and backfilled with clean rock and soil.

Crack Repair: Once all of the walls were structurally repaired, cracks were injected with a polyurethane injection. Additionally, Carbonbond (a carbon fiber fabric) was installed on the cracks to help provide structural reinforcement between anchor locations.

Shotcrete Wall: The rear foundation wall could not be dug out to be straightened as there was a slab on grade addition on the back. In addition, only stabilizing the wall with tiebacks was not the best option due to amount of cracks that were in the wall. Therefore, a rebar cage and shotcrete wall was installed to encapsulate the existing wall. A new sill plate was installed to help transfer loads from upstairs to the new shotcrete wall.

Waterproofing: An interior drainage system (Hydraway 2000) with interior sump pump was installed to prevent hydrostatic pressure from building up and also to keep the basement floor dry.

A client contacted Helitech with a basement wall problem at his home in Decatur, IL. The client explained he had … View Case Study
Previous Next
More Case Studies