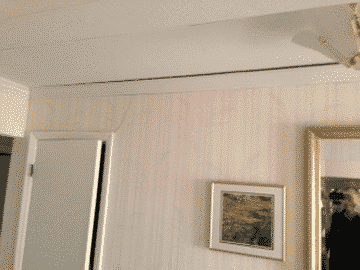 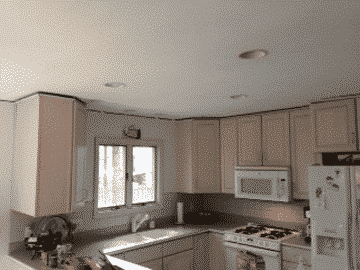 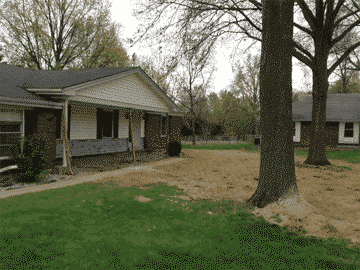 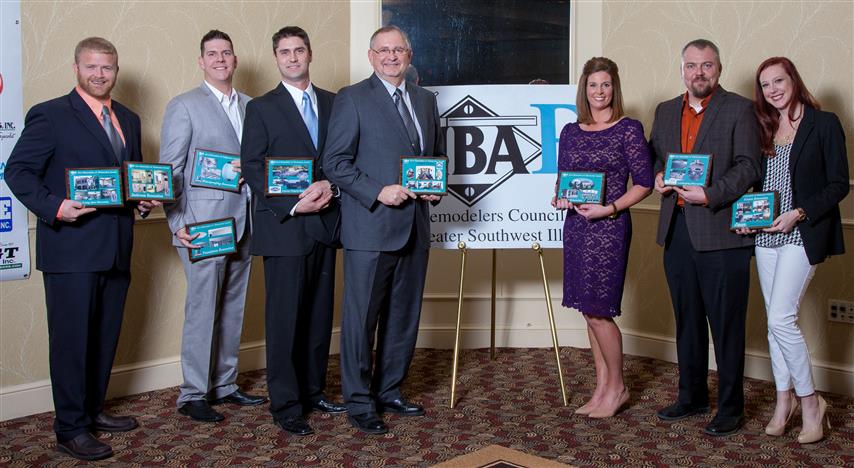 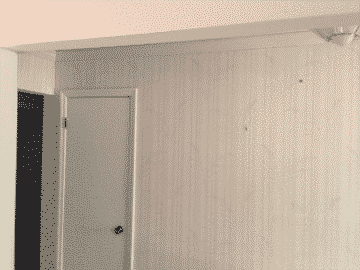 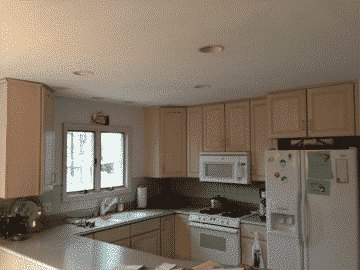 Interior Doors Getting Stuck Due to Foundation Settling

During the initial inspection, our certified technician discovered there was no attempt by the previous company to drop and level out the center beam of the house; they only worked to stabilize the rear foundation wall. We also found the front foundation wall had dropped approximately 3-and-a-half inches from the center beam.

Due to the amount of settlement, there was significant visible damage within the house. This damage included doors that stuck and were hard to open, and breaks and cracks in the drywall (as seen in the photos). There were also issues with the toilet and vanity; the settlement caused the surface the toilet and vanity rested on to settle unevenly and improperly stack up. Gaps in the ceiling were created because the trusses were not properly resting on the walls. It was noted in the foreman’s/pre-construction detail this job would be difficult due to the previous construction and limited access.

Since the previous company left the rear foundation wall 1 inch lower than the center, we had to remove, lower, and install 4 new interior beam posts in the house. This repair helped level off the middle-to-back-half of the house and foundation.

By installing new, lower center beam posts, the amount of settlement to the front foundation wall was now reduced to 2-and-a-half inches. In order to make up for this difference, we installed eleven (11) AB Chance Helical Piers.

This installation of helical piers required many steps outside and above the normal process. In terms of depth, excavation is required to be as deep as the footing in order to secure a steel bracket to the foundation at each pier location. In terms of width, typical install only requires holes to be excavated at each bracket and anchor location. For this project, we had to work around the existing wall anchors. This required the entire front to be excavated to allow install access and to reduce the soil load.

After pre-construction steps were completed and excavation requirements were met, we were then able to install and secure eleven (11) AB Chance brackets to the foundation at each pier location.

The next step was to install the new helical piers into the ground below each bracket. Each lead helix rod was installed by rotating the anchor into the ground as extensions were added until the proper depth was reached. The anchors were attached to each bracket and the weight of the house was successfully transferred to the anchors. This stabilized and lifted the front wall approximately 2-and-a-half inches.

We also had to clean up the work area of the previous company by sealing around their existing anchors from the outside before the backfill was completed.

When the lifting process was completed, elevations were checked and the entire first floor was all within a half-inch of being completely level and back to normal. This lifting drastically improved the issues and damage that was noticed upstairs. We were able to solve several problems, including drywall cracks, were closed and sealed; all doors now worked properly (including the front door that was stuck and completely unable to be used), and their floors no longer sloped.

Alex P, Mike S, Adonis J, Brad K & David G. All of these men did a super job. They were very professional and really worked hard. Their teamwork was exceptional and Alex made sure we were informed of the job’s progress all along the way.

A homeowner in Belleville, IL noticed the exterior of his house was showing signs of shifting and settlement.  These signs … View Case Study
Previous Next
More Case Studies