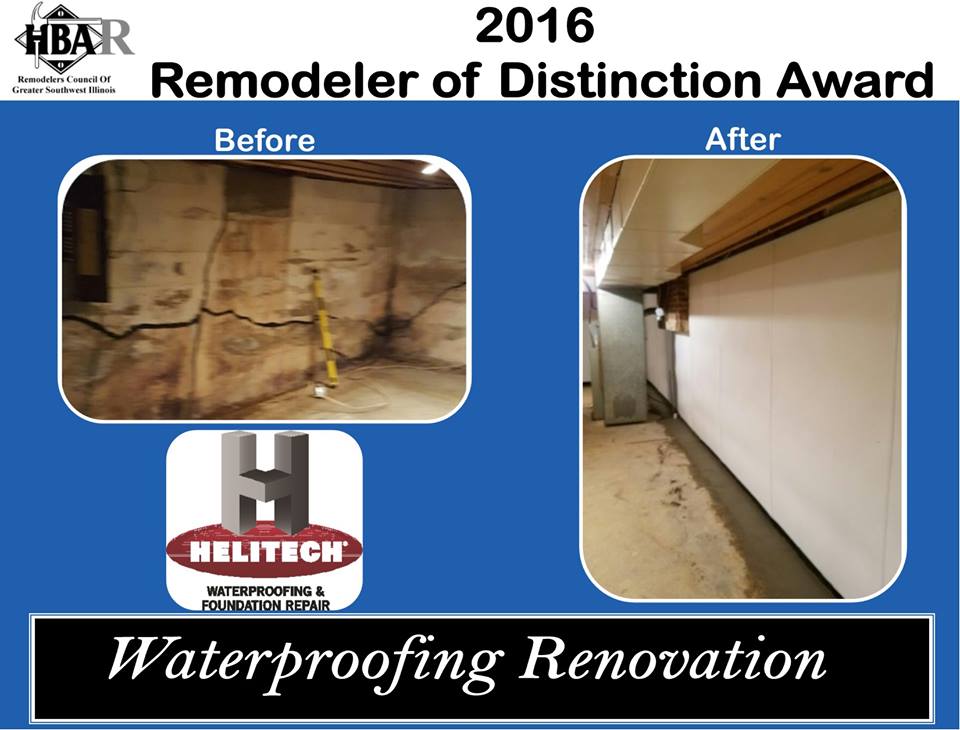 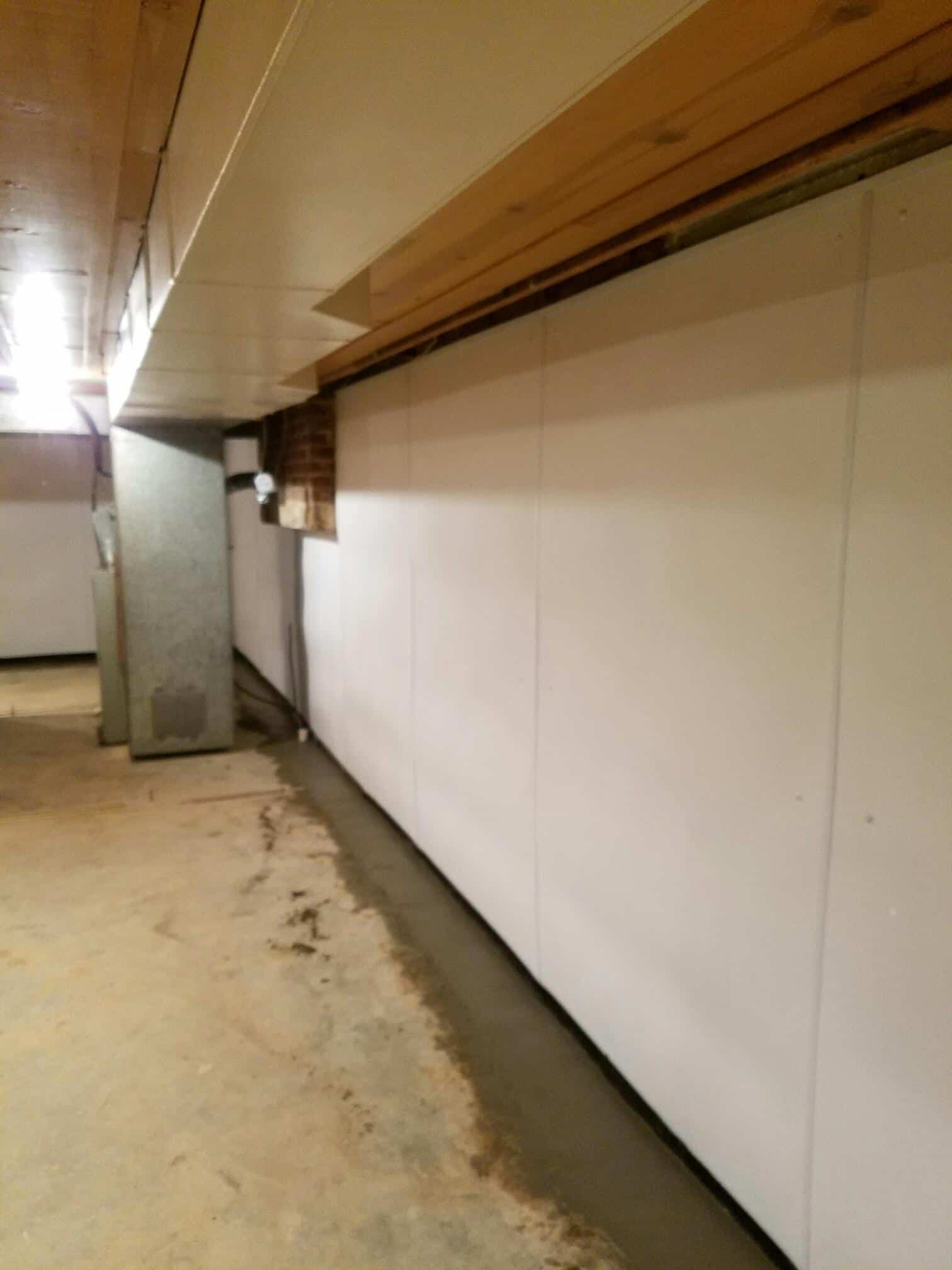 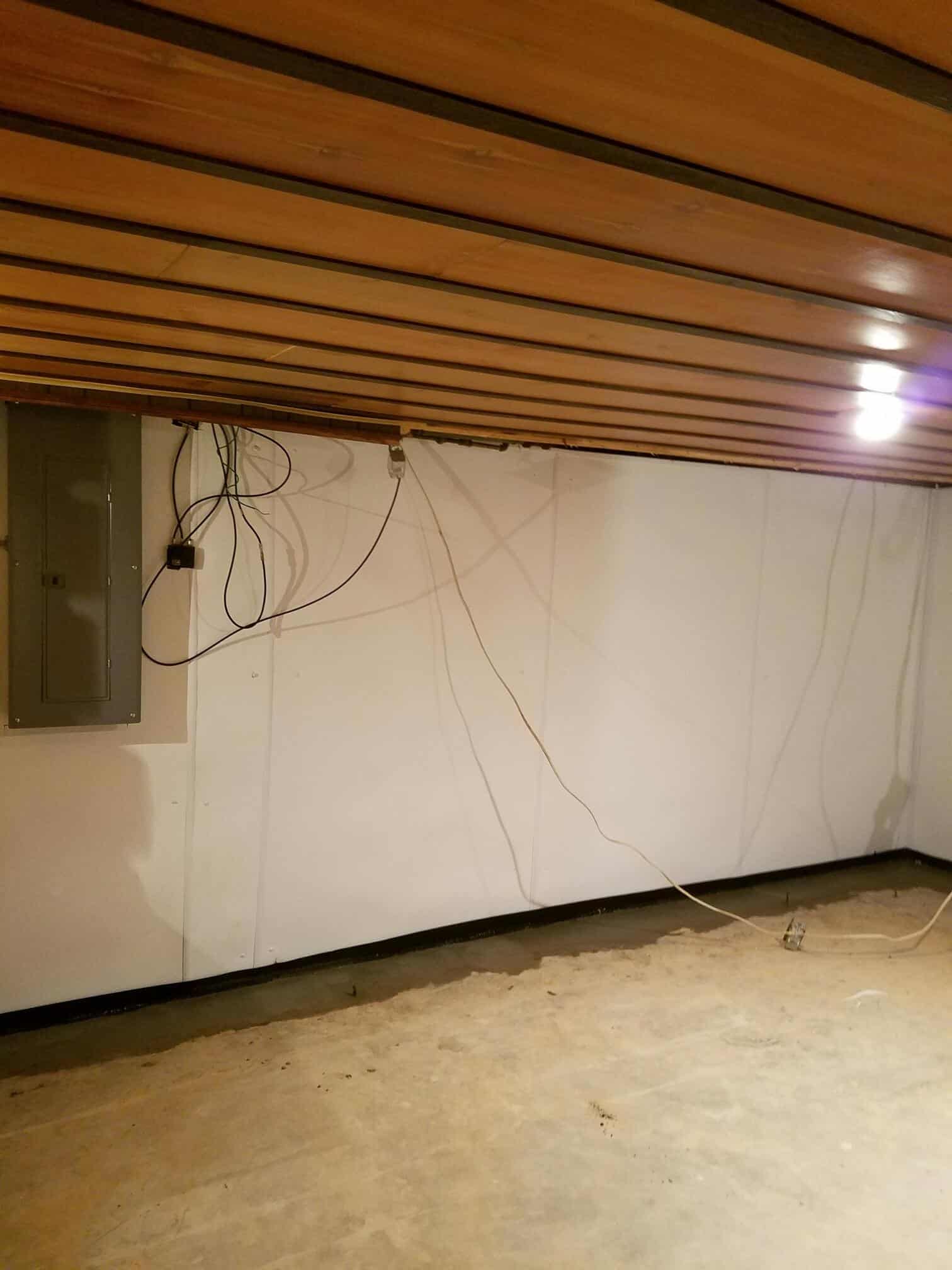 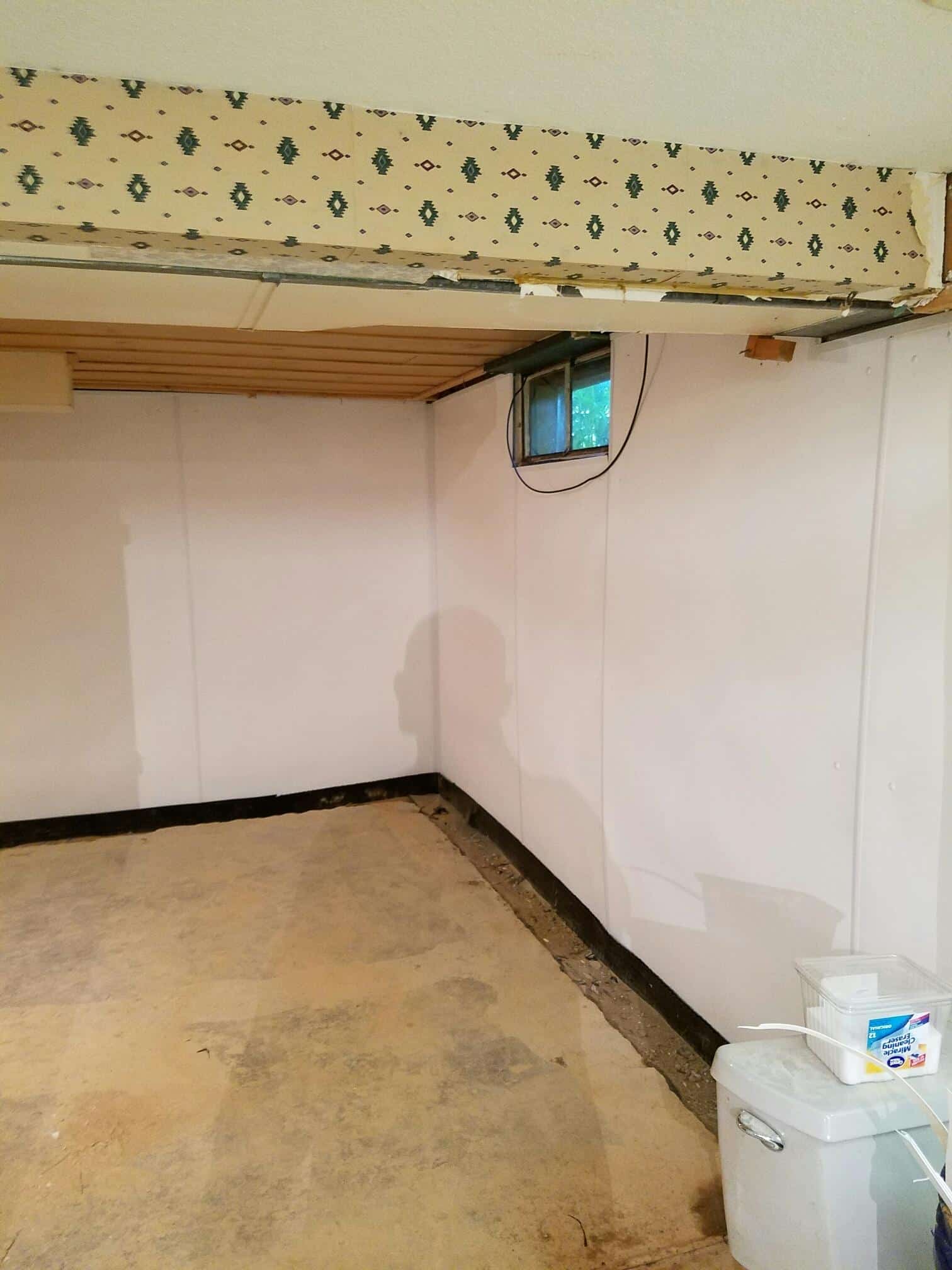 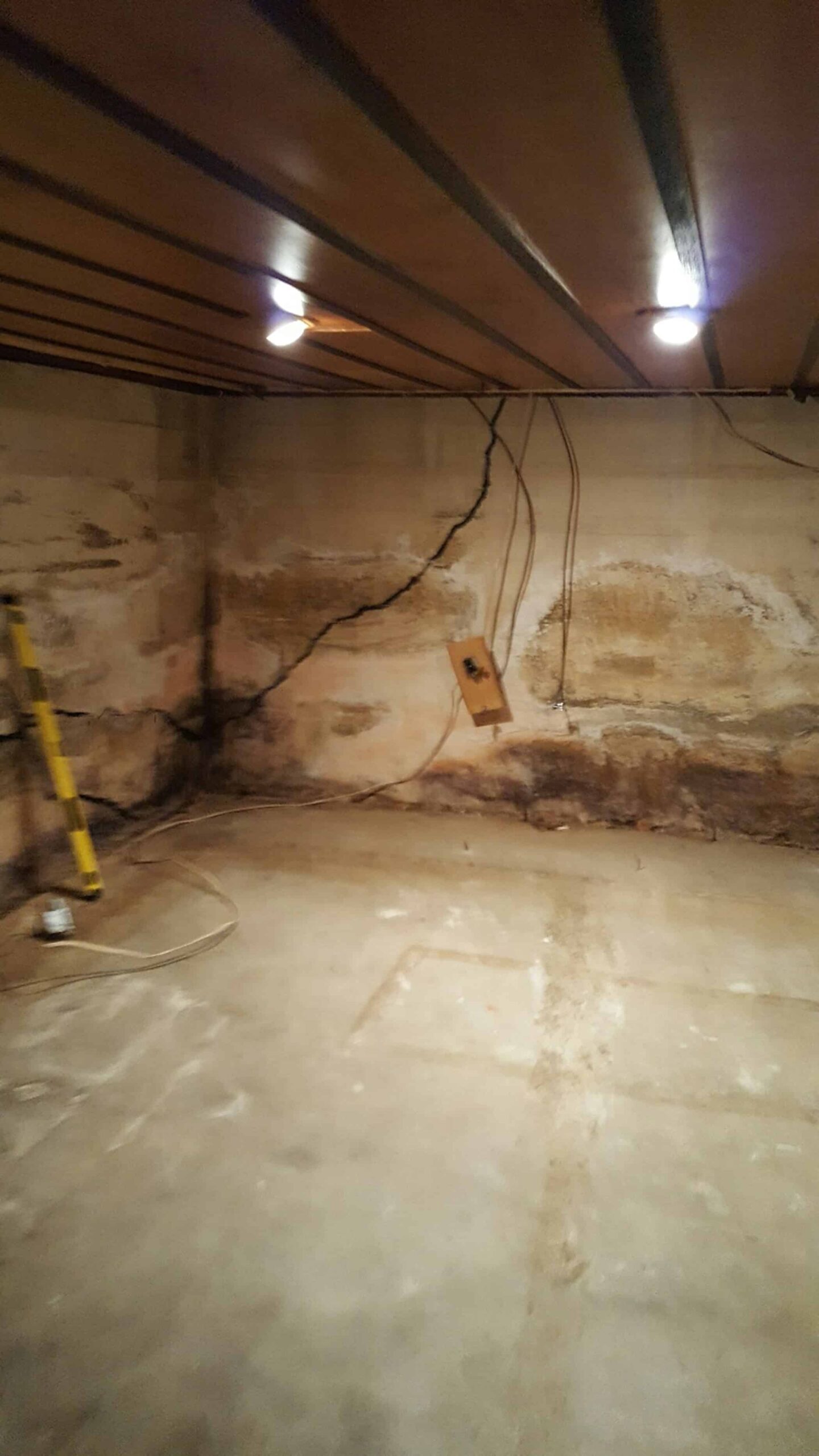 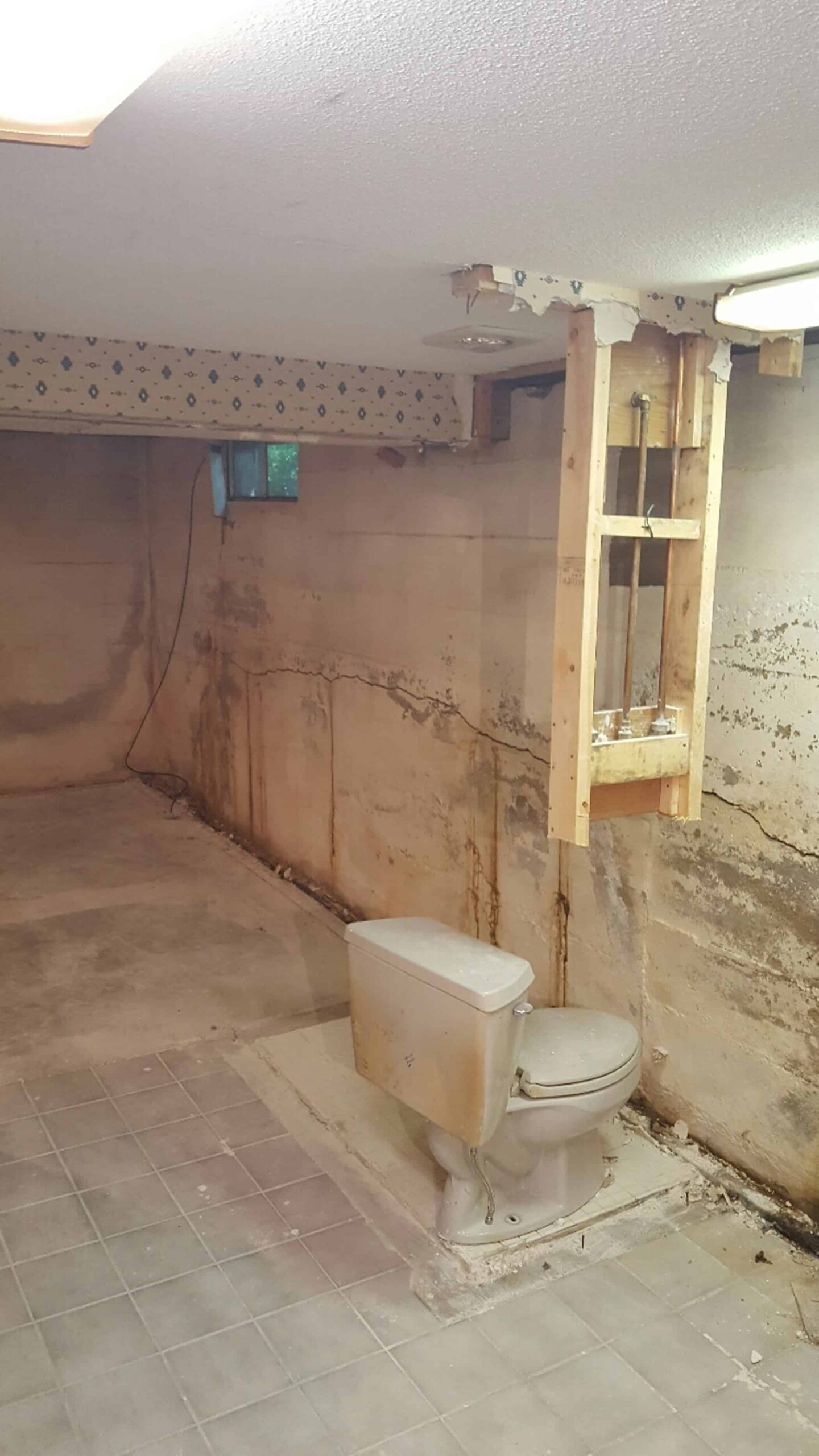 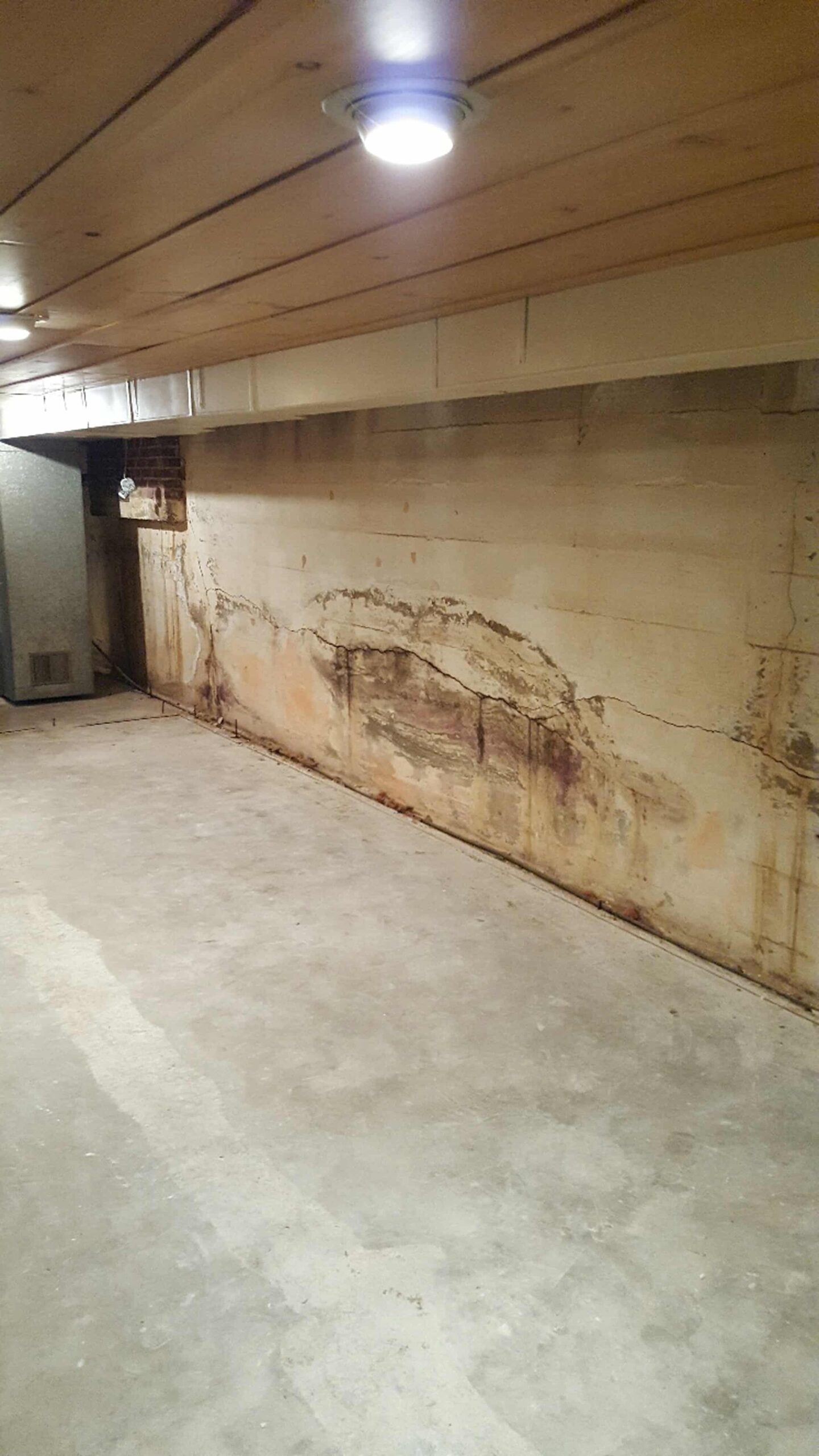 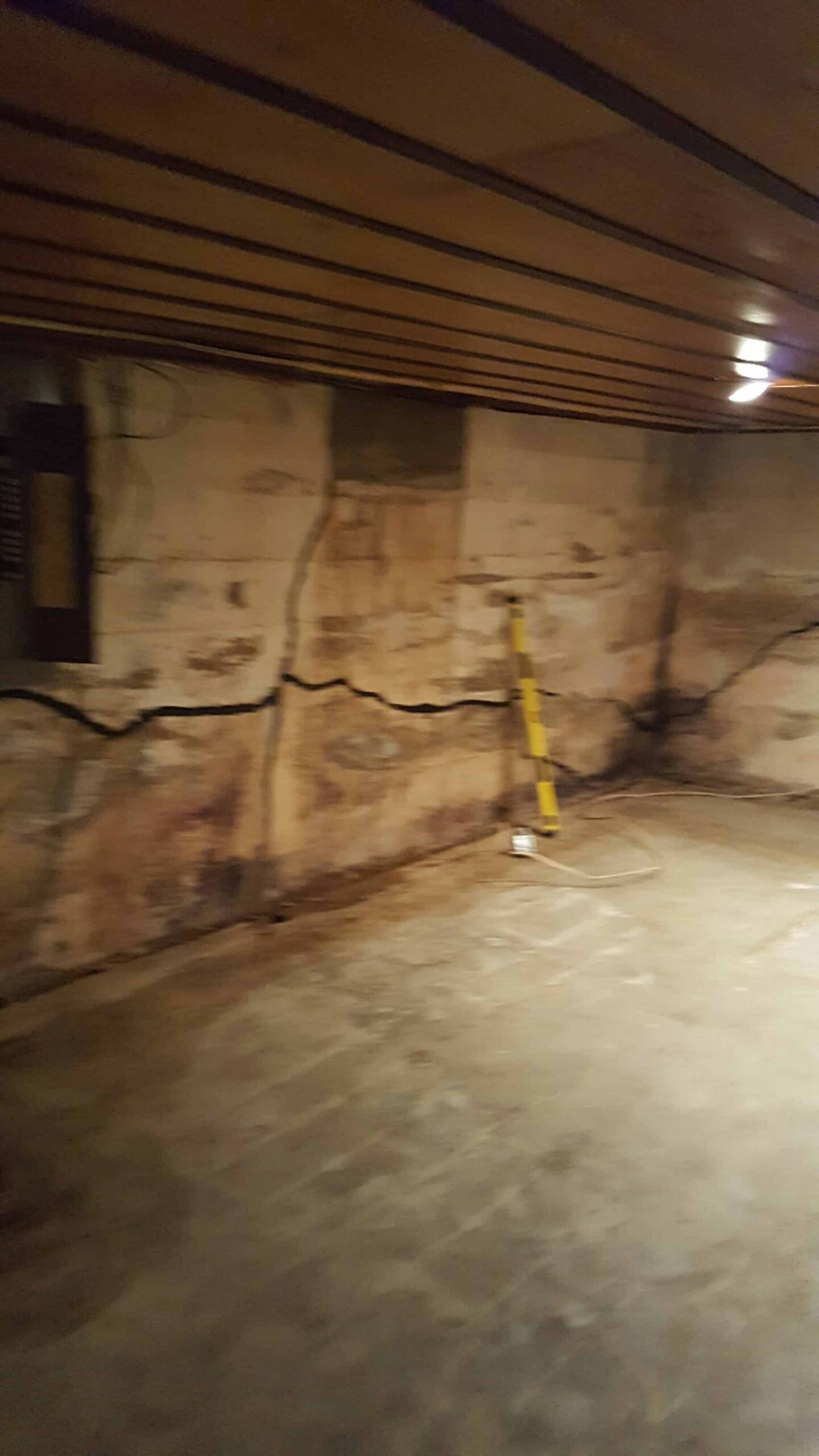 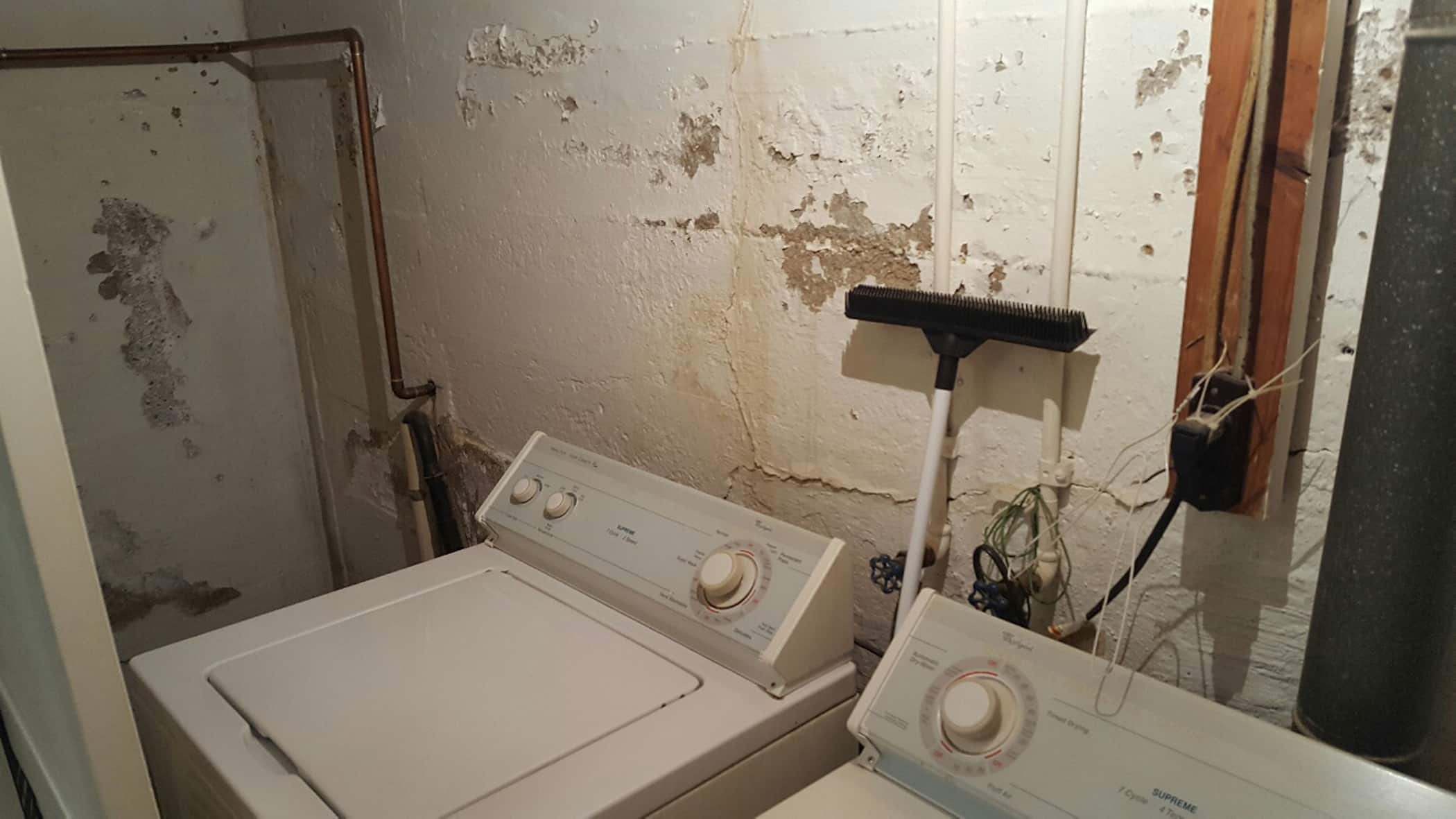 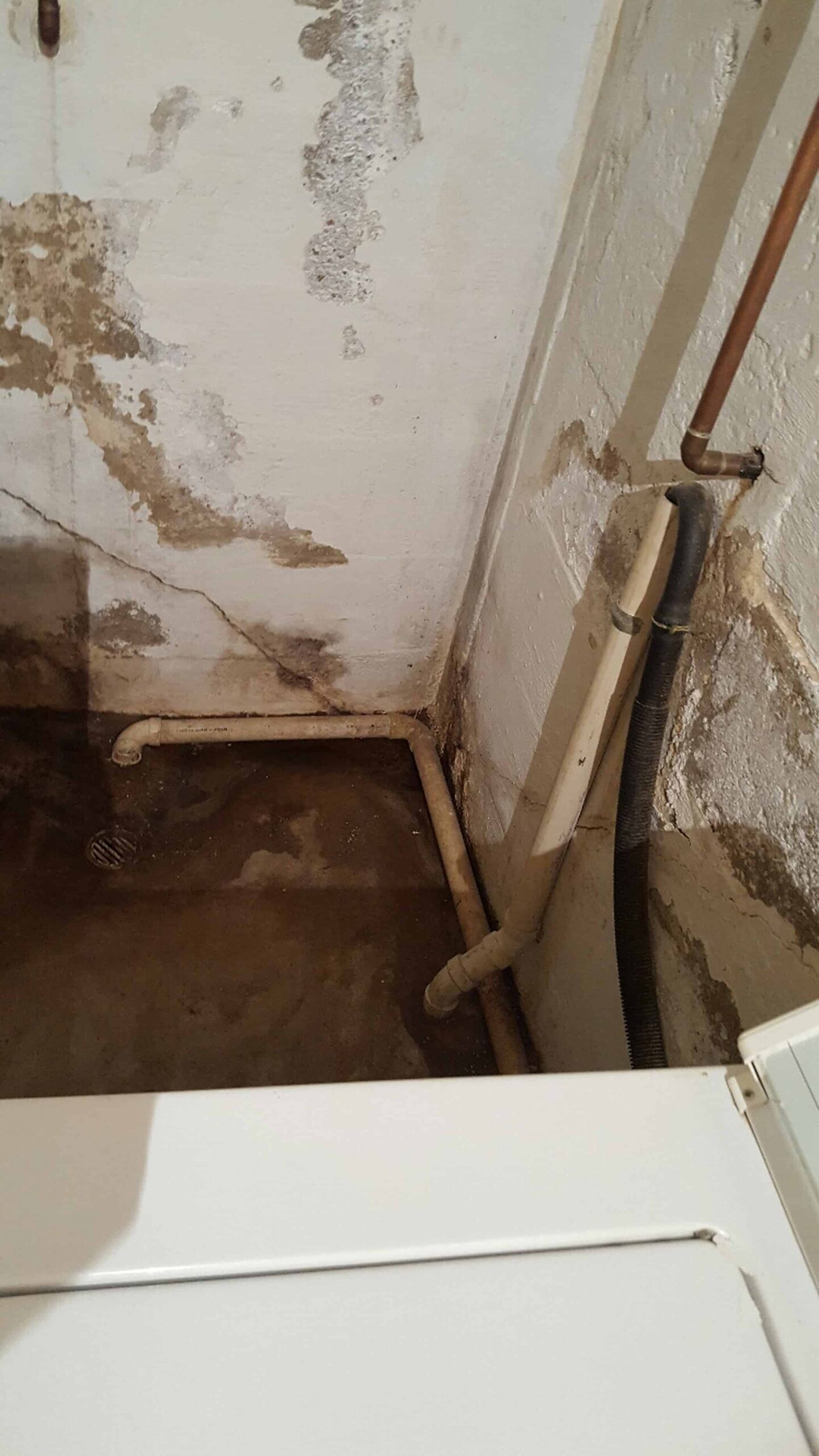 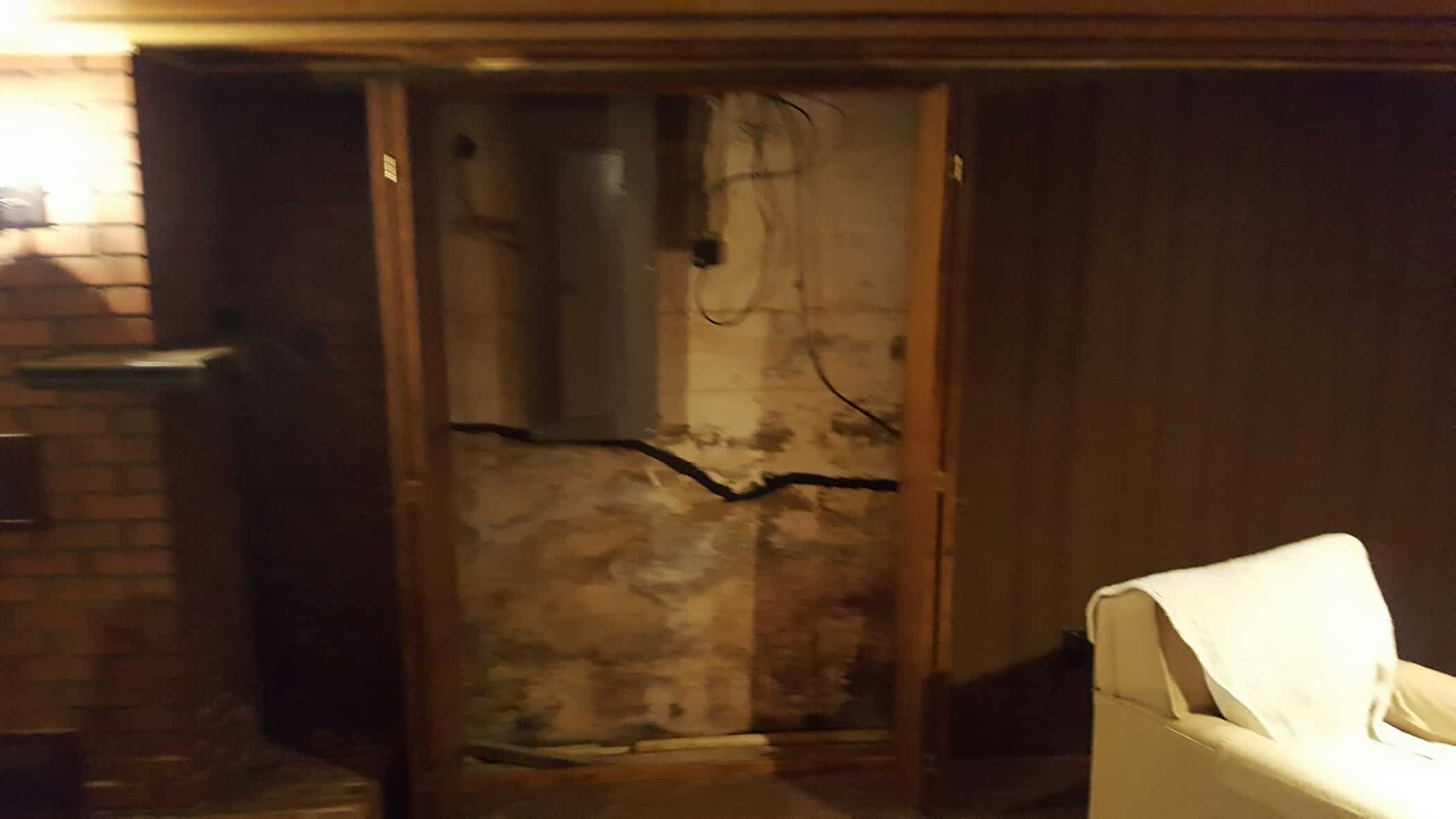 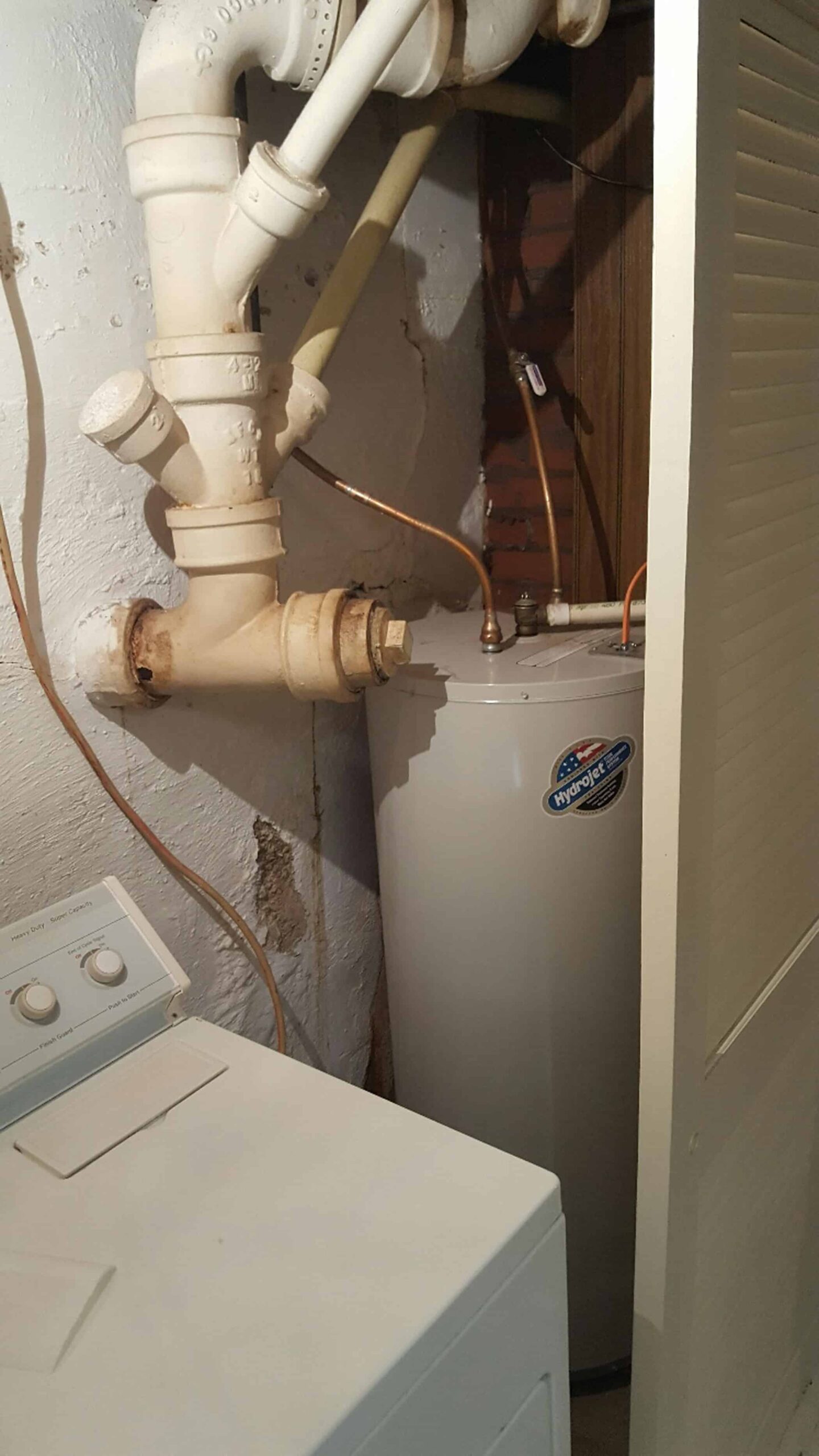 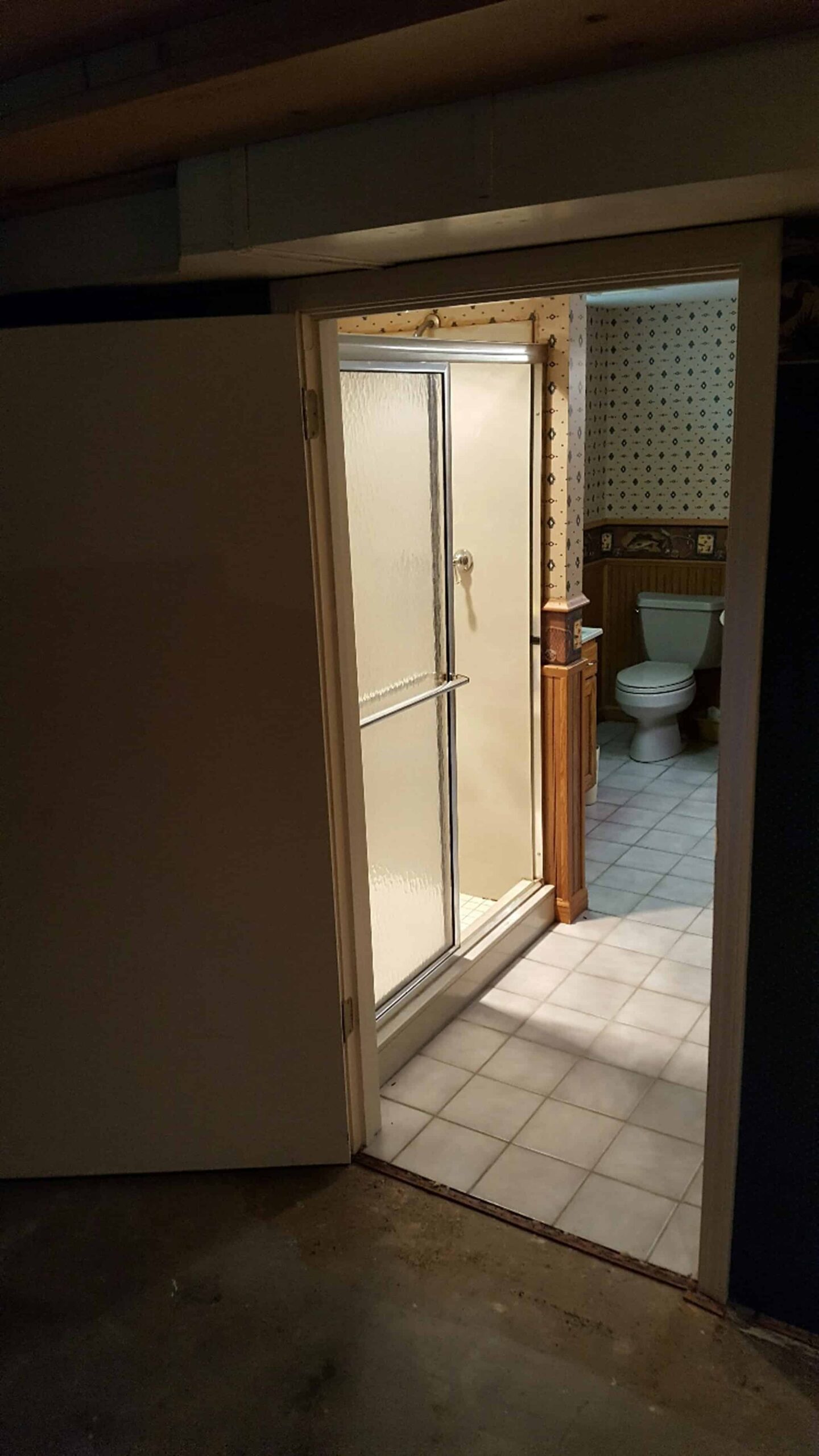 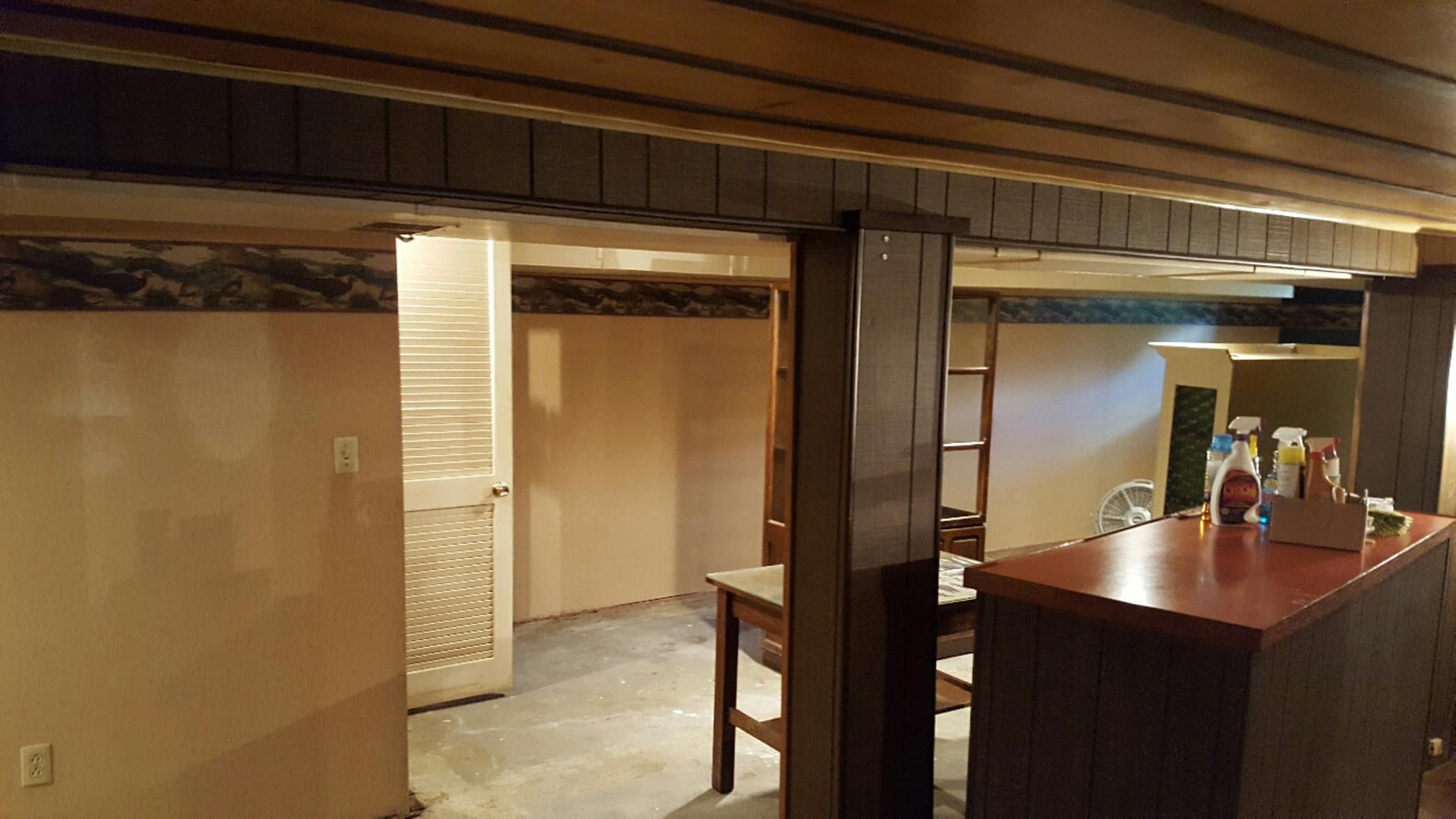 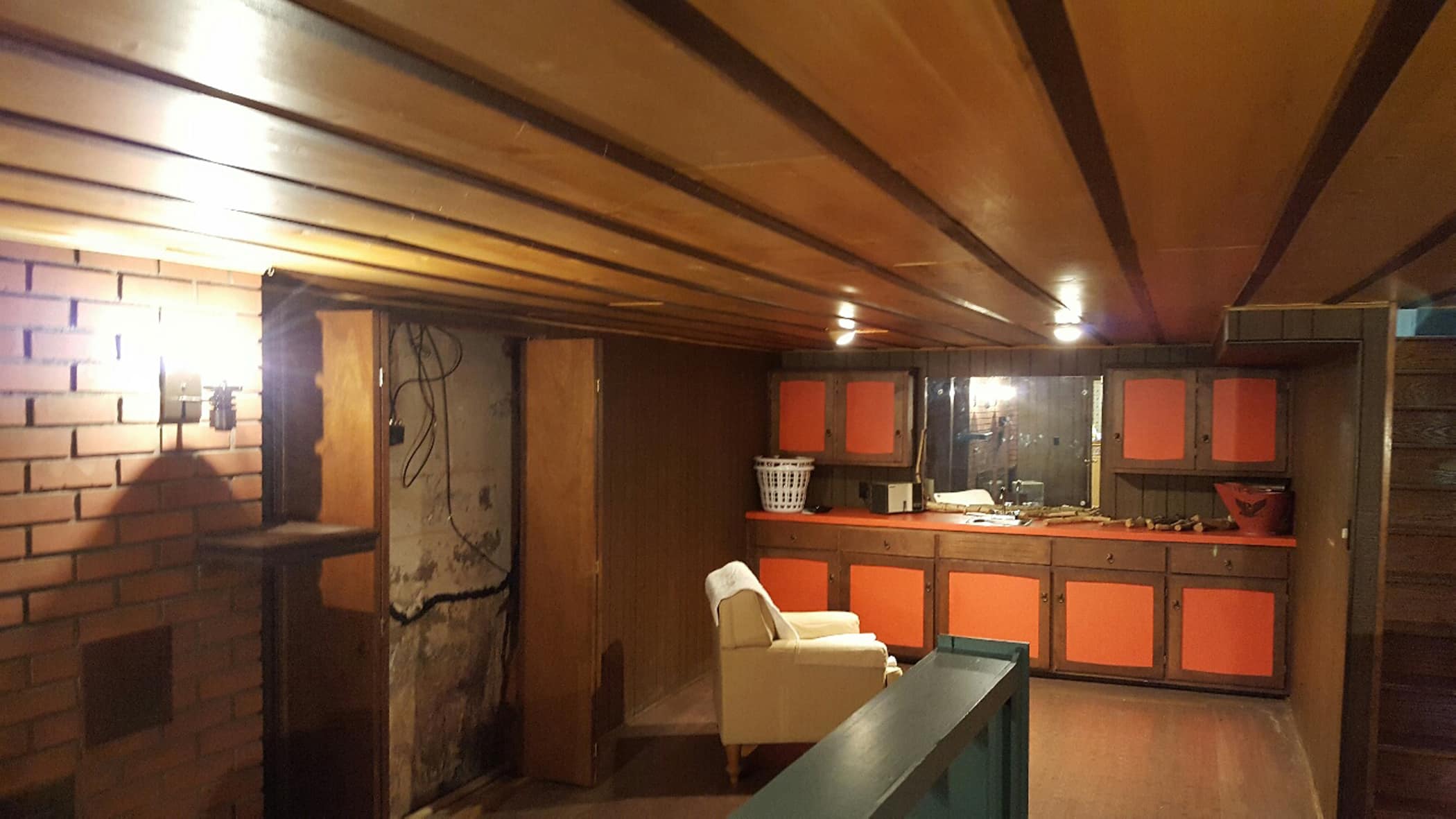 A flooring company was working in the home when they discovered severe water issues and decided a waterproofing company was needed for repair work. The basement was finished, which blocked access to fully investigate the issue, it was determined there were serious water problems as well as potential structural issues.

In order to fully diagnose the problem, the homeowner needed to remove the basement framing and drywall to expose the foundation. Once the foundation was exposed, there were severe structural cracks throughout the whole foundation from hydrostatic pressure build-up.

The solution was to install a full waterproofing system, alongside crack injections and structural repair.

Access was limited as the basement was finished. In order to fully diagnose the problem, the homeowner needed remove the basement framing and drywall to expose the foundation. Once the foundation was exposed, there were severe structural cracks throughout the entire foundation as a result of hydrostatic pressure build-up.

This project was done during a time when there was heavy rain in the area, which was difficult to work in from not only a standpoint of continual leaking, but also from tracking mud and other debris into the home. The installation crew worked diligently to ensure any mess that occurred from the rains was cleaned up before the job was completed.

A plan of repair was put together to solve the water issues, alongside repairing the structural damage to the foundation.

The first step was to roll out a double layer of Hydraway 2000 and insert it vertically, next to the foundation’s footing. The Hydraway 2000 is placed in this position as it is the lowest part in the house where water drains to. The Hydraway 2000 acts as a channel for the water to be drained out of the interior of the home.

A hole was dug out in the corner of the basement and placed inside was a sump pit container. The Hydraway 2000 connects to the sump pit and inside, the Hydrapump (sump pump) was installed.

The final step of the waterproofing portion of the project was to pour the entire concrete floor, on top of the drainage system.

Hydrashield Paneling System: Rigid panels were secured directly to the basement walls. This not only enhanced the look of the basement, but also protects the basement from any further moisture that may enter.

Crack Repair: The foundation was also structurally repaired by injecting epoxy into the cracks in the walls, with the additional utilization of Carbonbond for structural support.

The first step was to inject epoxy into the crack to stop water leakage.

The walls were prepared for installation by sanding the area clean of debris.

Injections ports were installed and sealed off.

Specially formulated epoxy was injected into the crack through the ports.

The surface was then prepared for the Carbonbond installation and primer was applied.

The carbon fiber material (Carbonbond) was applied to the surface of the wall to cover the crack.

A final layer of epoxy was applied over the Carbonbond for protection and to secure the material.

The homeowner was ecstatic with the results and solution of their water issue. They now have peace of mind that their home is in sound shape again.

crew did an excellent job of cleaning up small section of work area. really appreciate the work they did, very happy with it.

Due to excessive settlement as a result soft soils and age of the structure, the entire existing foundation of a … View Case Study
Previous Next
More Case Studies