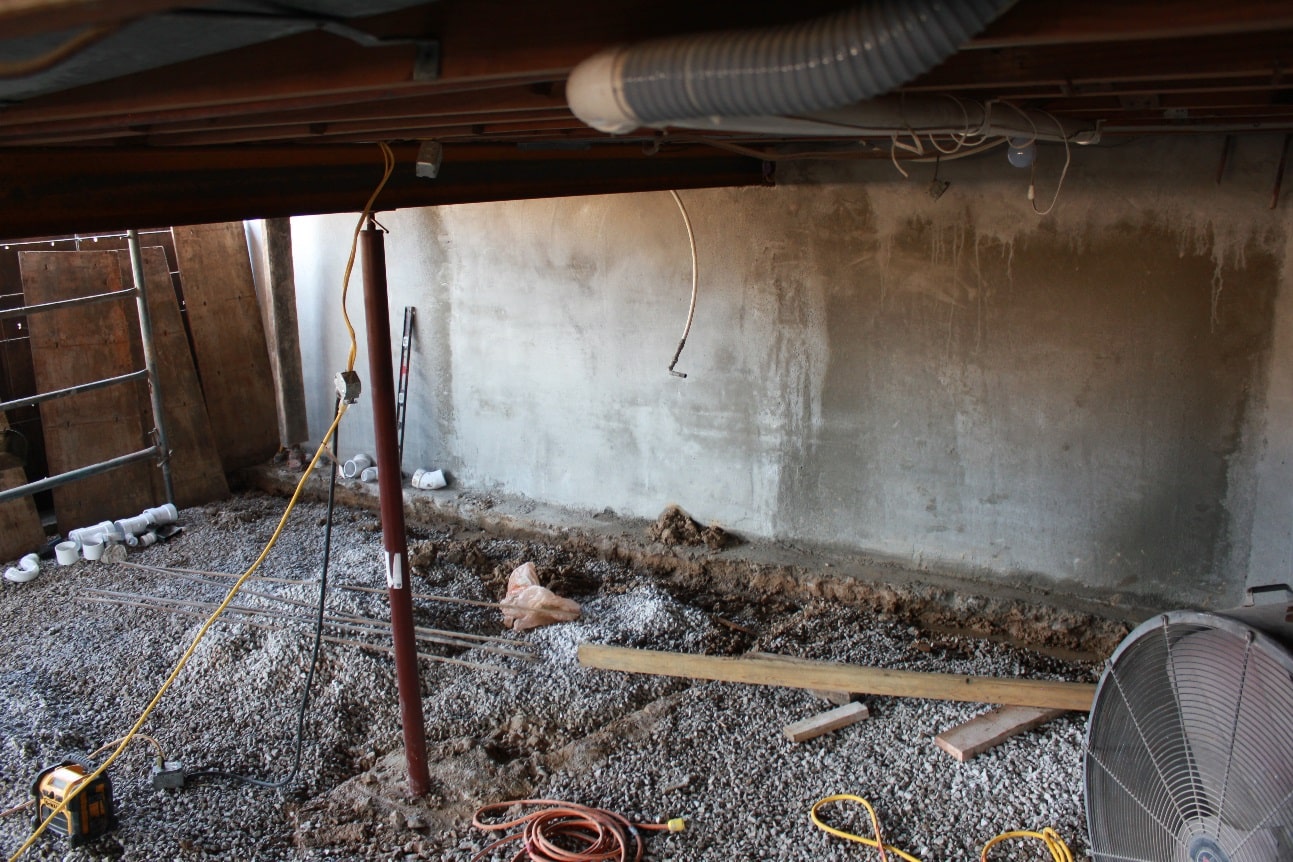 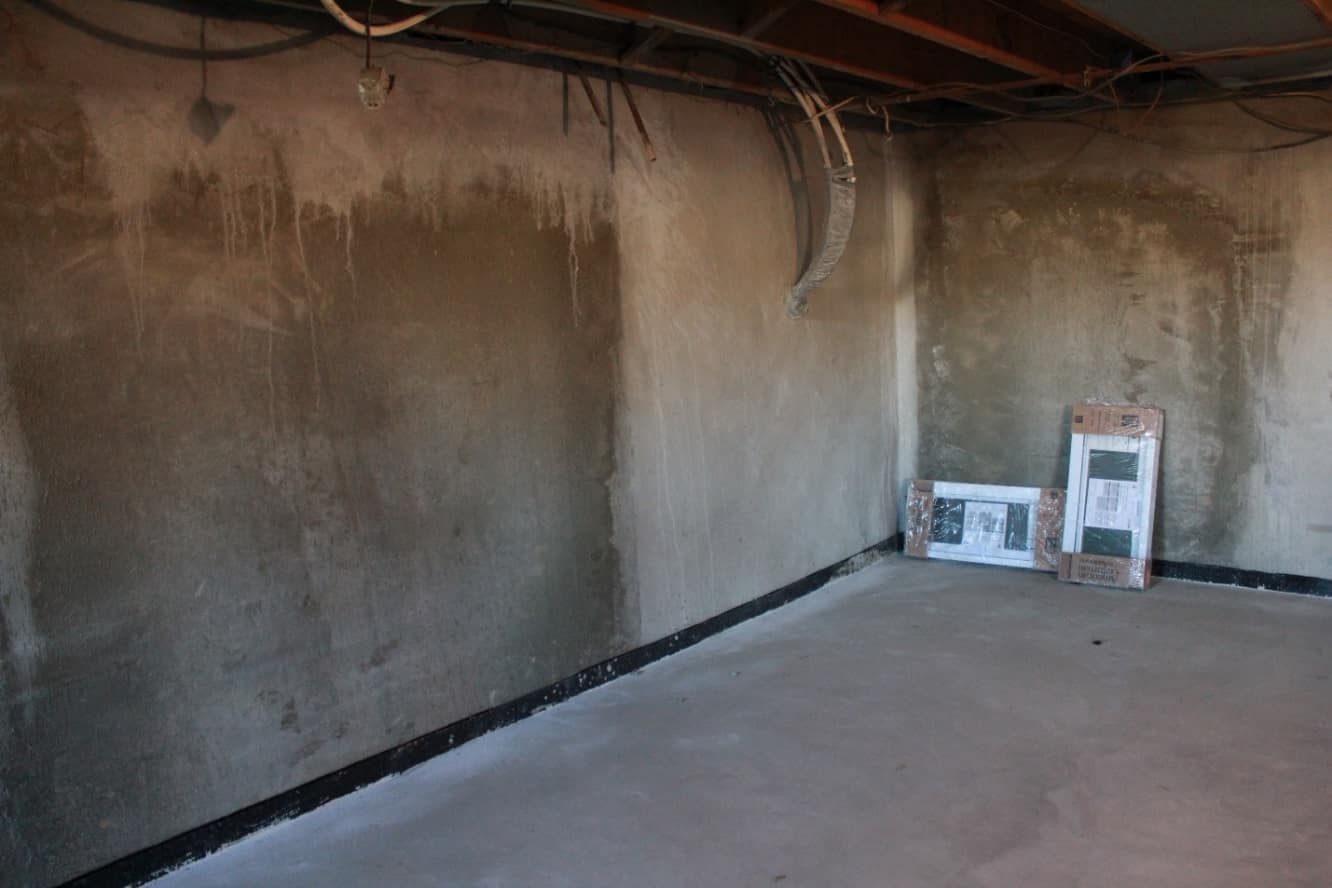 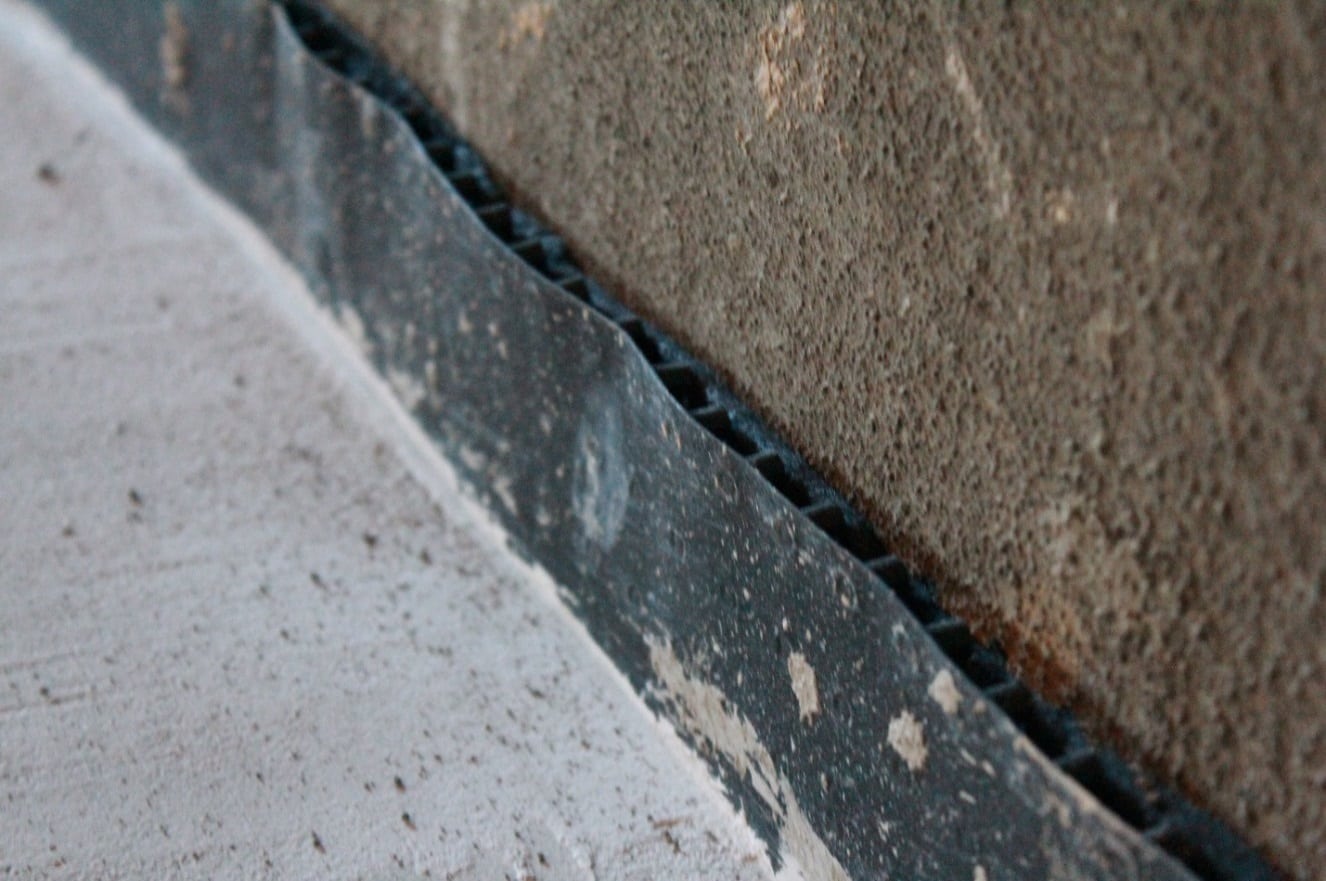 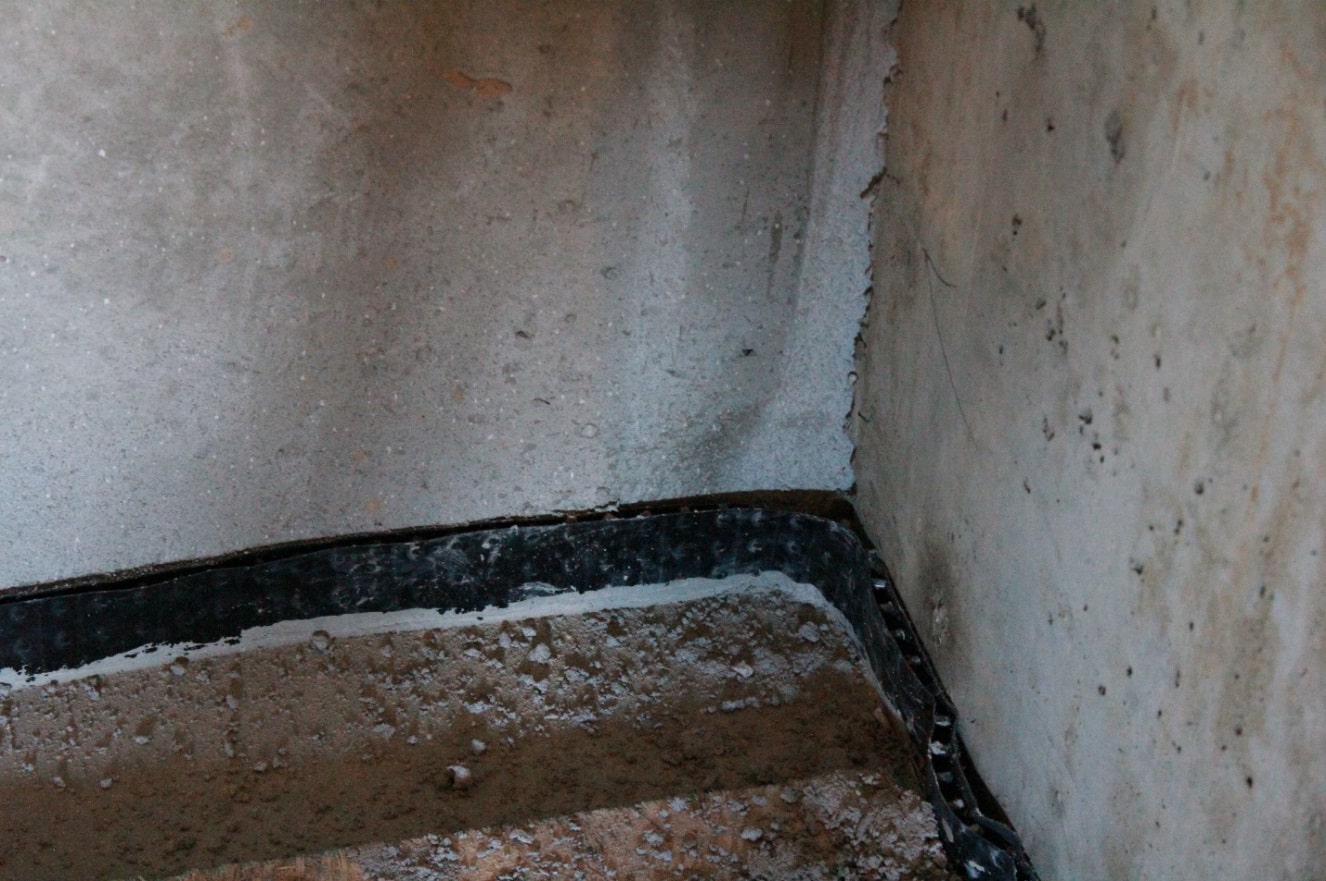 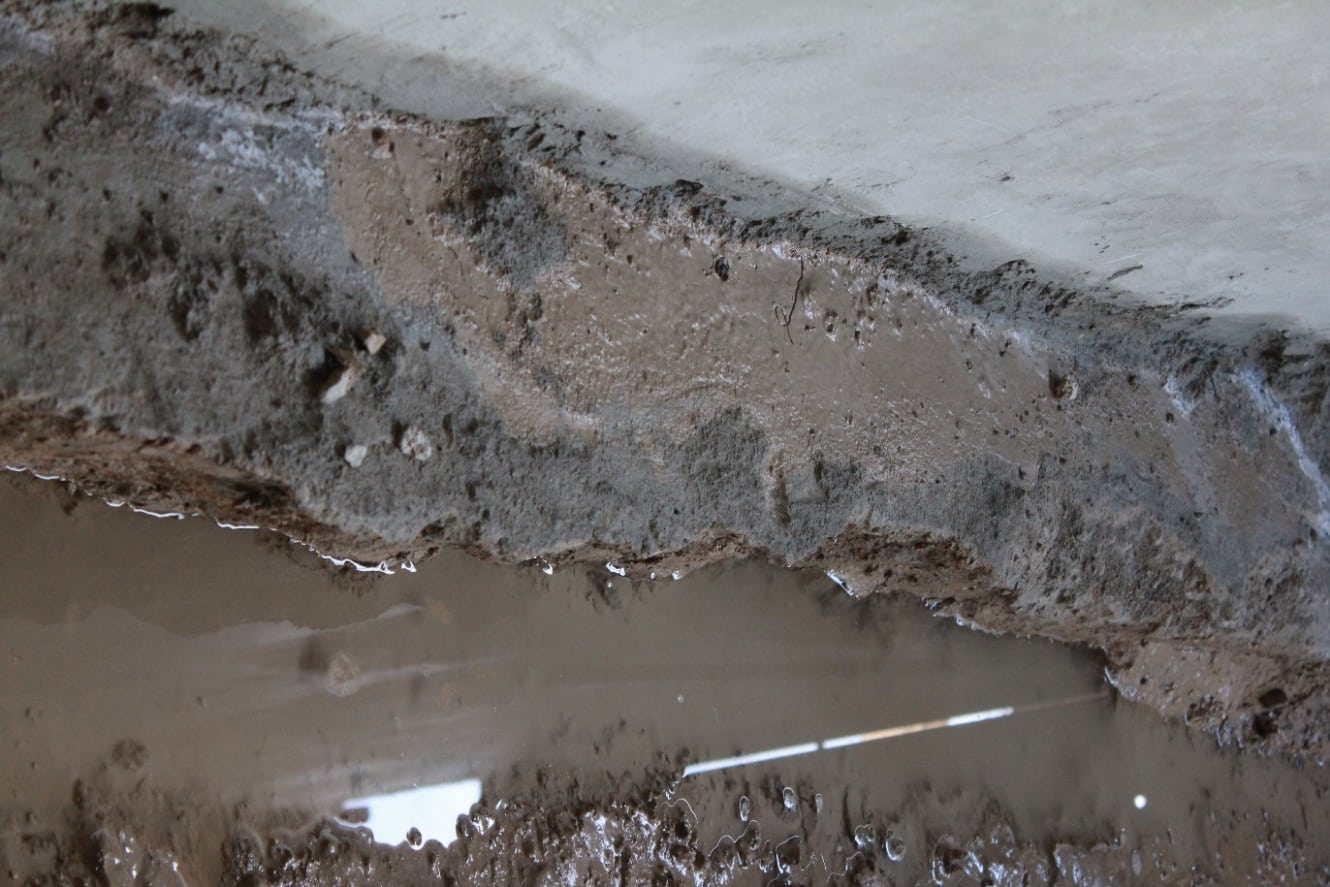 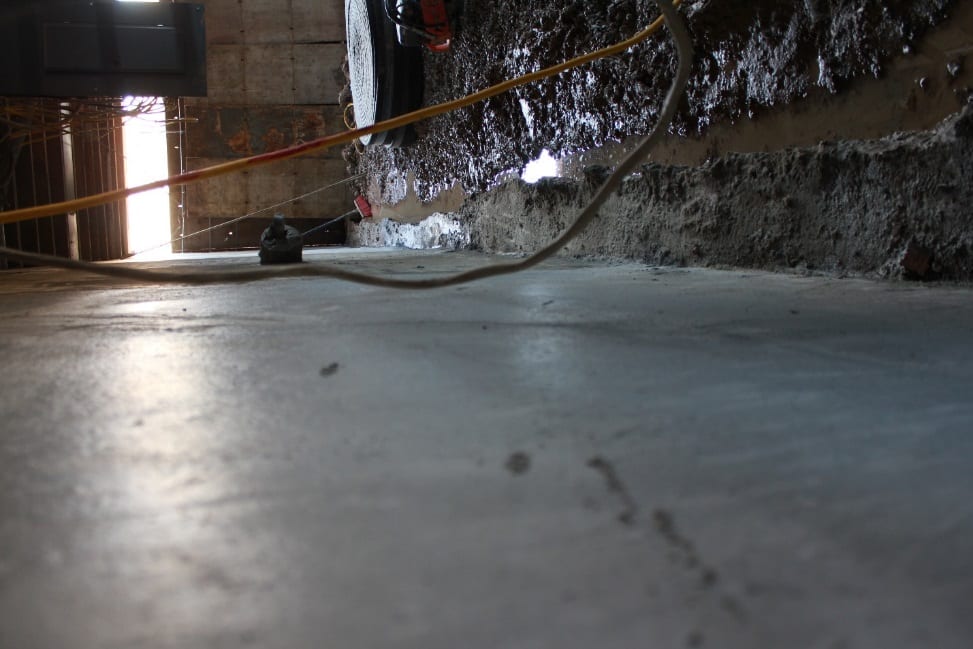 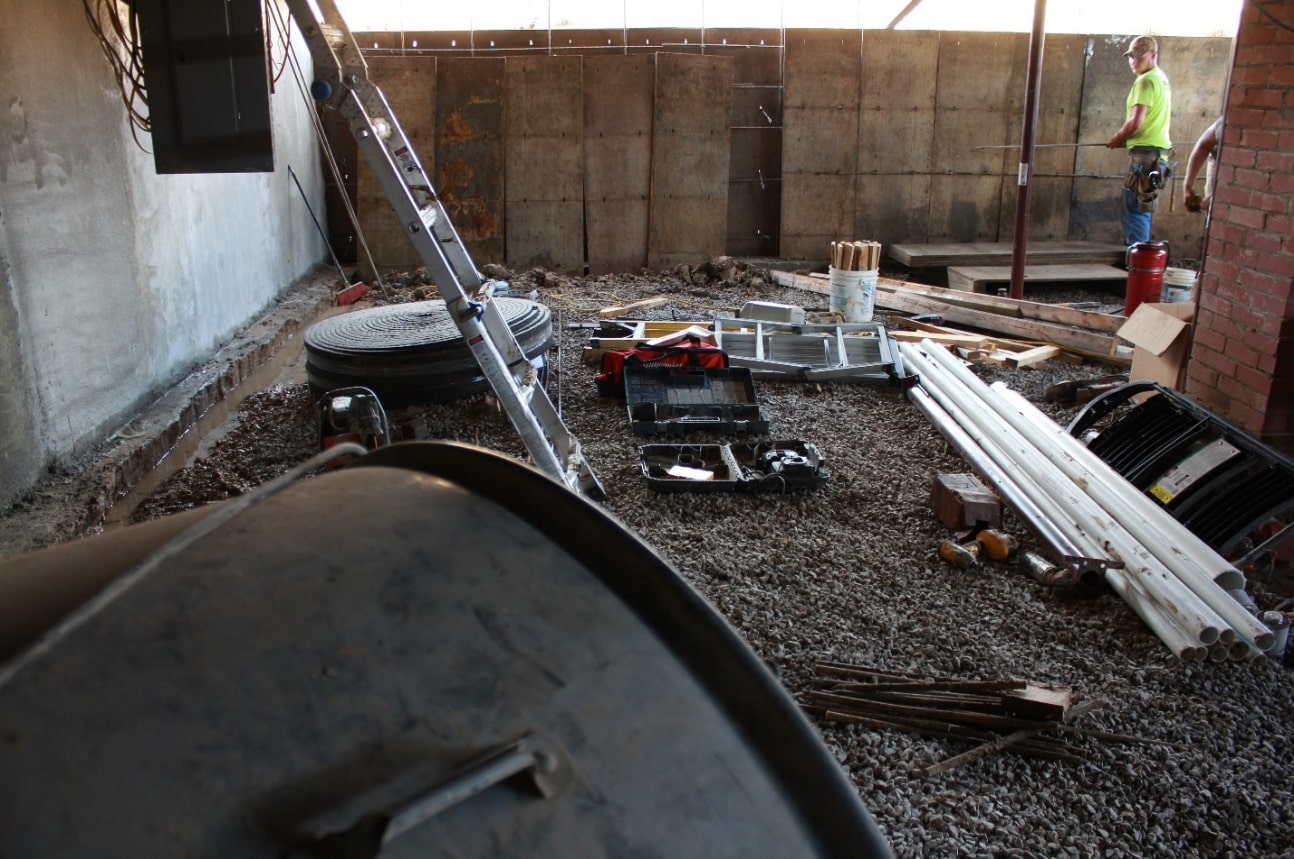 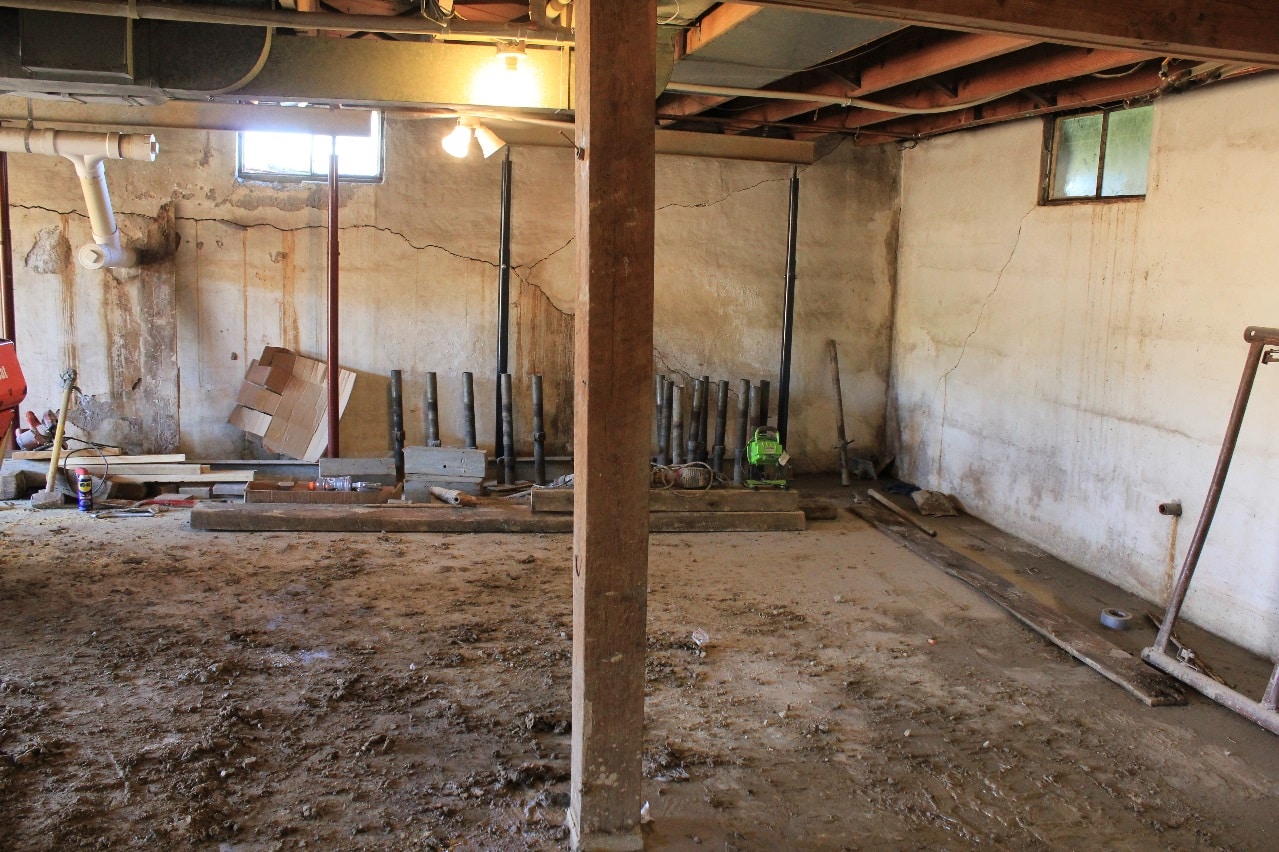 A Columbia, MO homeowner first noticed water coming into his basement and called us for a free inspection. After the initial inspection and estimate, we determined the surrounding soil was causing excessive settlement, shifting, and cracking of the foundation. The cracks were allowing water through and damaging the interior of his new farm home. The entire project included excavation, replacing all four concrete basement walls, waterproofing system installation, beam installation, and pouring and finishing new concrete flooring.

The existing soil the house was built on was the largest obstacle. Working in such slick conditions caused much concern in regards to site conditions. Missouri is well-known for its clay-rich soils that can cause an increase in foundation settlement.

After construction was completed of the new foundation walls, installation of the Hydraway 2000 Drainage System began. Since the original concrete flooring was already excavated, there was no need to drill concrete around the perimeter of the basement. The Hydraway System uses a

The Hydraway System uses a four-step process, consisting of Hydraway 2000 and Hydraway 300 products.

The first step was to roll out a double layer of Hydraway 2000 and insert it vertically, next to the foundation’s footing. The Hydraway 2000 is placed in this position as it is the lowest part in the house where water drains to. The Hydraway 2000 acts as a channel for the water to be drained out of the interior of the home.

A hole was dug out in the corner of the basement and placed inside was a sump pit container. The Hydraway 2000 connects to the sump pit and inside, the Hydrapump (sump pump)was installed.

The final step of the waterproofing portion of the project was to pour the entire concrete floor, on top of the drainage system.

Andy and Trent and associates were very professional, thorough and friendly

The home was built in the 1920’s. The residence is two stories with a wood frame construction. The basement foundation … View Case Study
Previous Next
More Case Studies