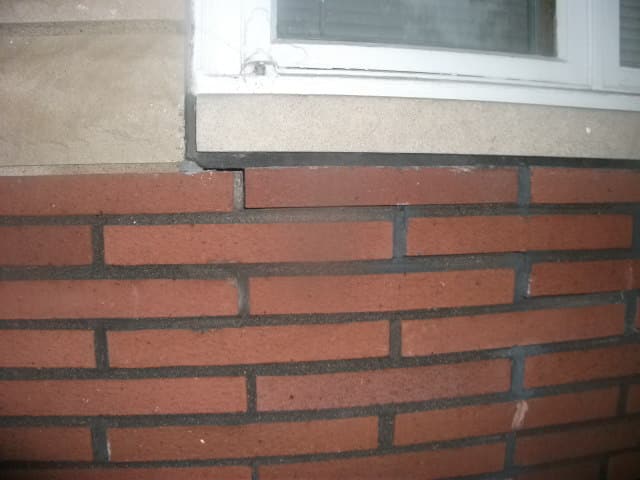 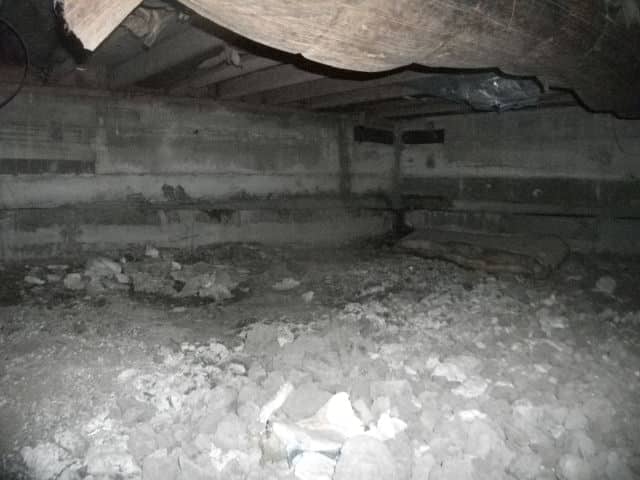 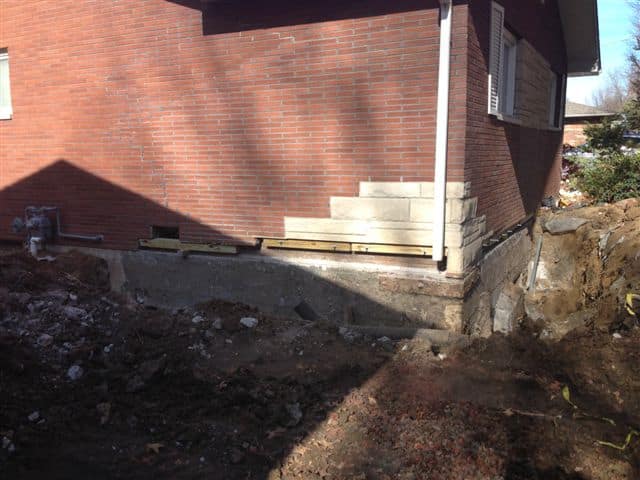 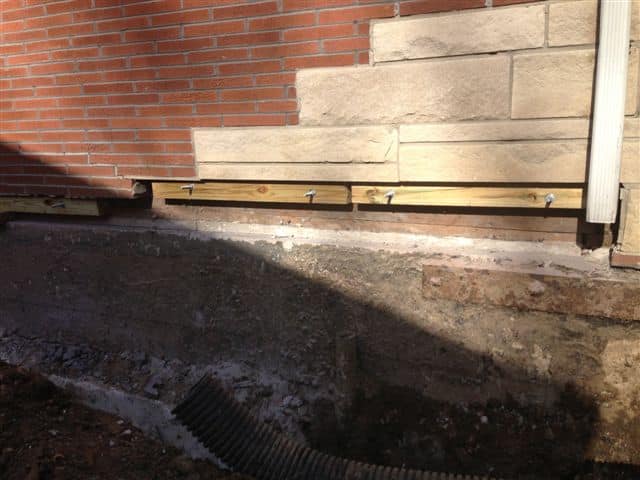 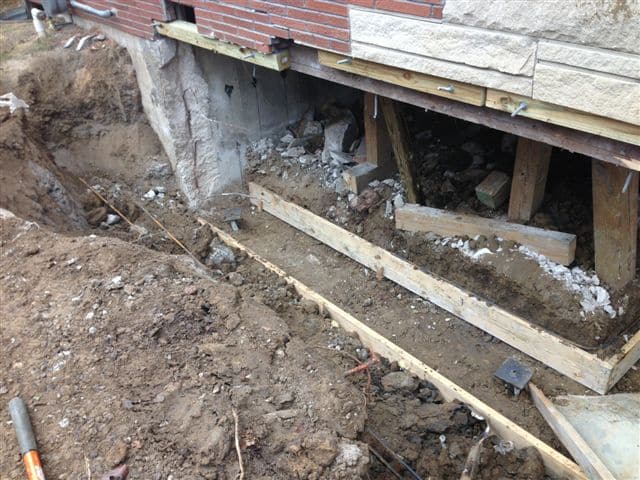 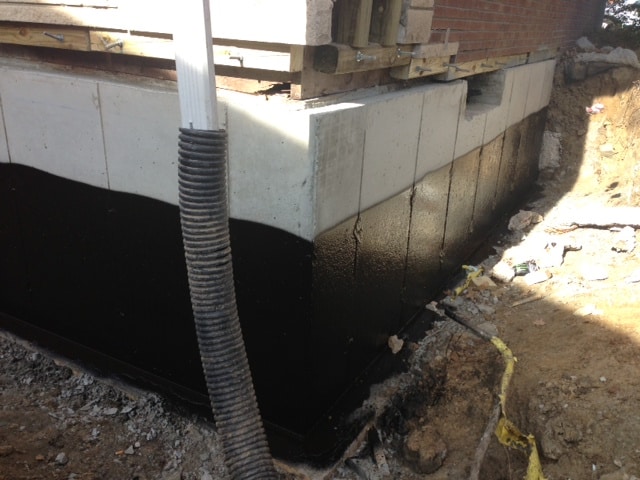 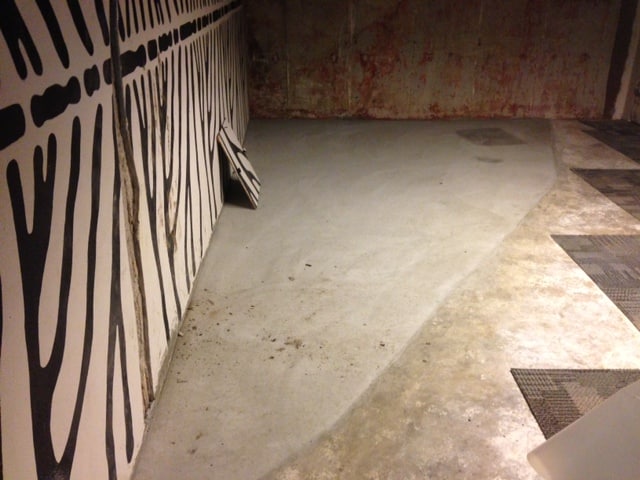 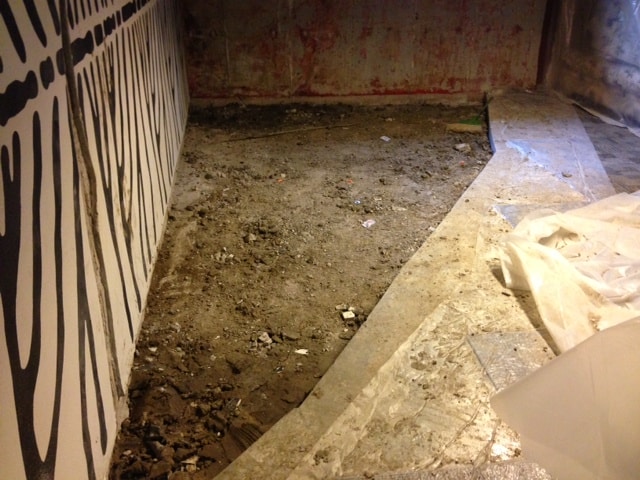 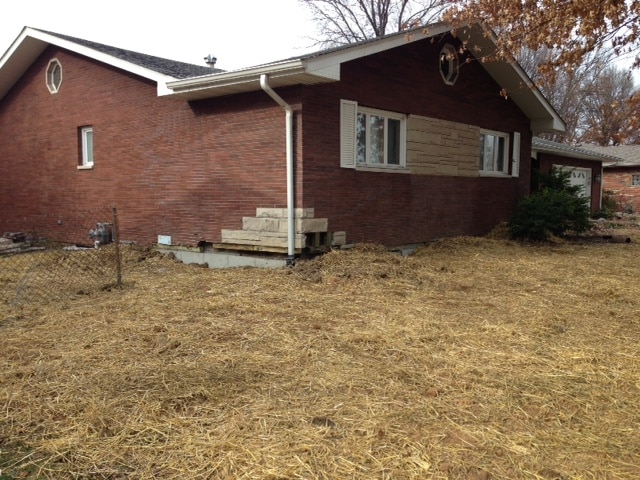 After noticing signs of settlement throughout his home, a homeowner was searching for a basement wall repair company in Edwardsville, IL to help solve these issues.  However, there were several underlying challenges that arose throughout the work.

After work began, it was found that an initial company tried to solve the existing settlement problem of the house.  Concrete masses were poured in the crawlspace in an attempt to stabilize the foundation.  Instead of fixing the foundation permanently, this caused an even larger problem by adding weight to the foundation and caused the home to settle further.

Helitech was able to go in and remove the concrete masses that added to the initial problem. In addition, Helitech replaced the affected area of the foundation by utilizing a temporary shoring system for support. After the new foundation was built, Helitech installed a Helical Pier Anchor System to prevent further settling caused by the initial poor soil problem.

A homeowner was concerned that a section of his crawlspace was settling.  Within six (6) months of purchasing his home, the homeowner started noticing stair-step cracking in his brick veneer, foundation cracks, and cracks in the interior of the finished bedrooms.

He contacted Helitech and inquired about what could be done to fix the problem permanently.  Helitech designed a plan to install six (6) underpinning A.B. Chance Helical Piers in the work area to support the existing foundation and keep it from continually settling further.  The homeowner was satisfied with the design and decided to move forward.

However, when Helitech began work on the project, it was found that a previous owner had tried to stop the settlement by having another foundation repair contractor install poured concrete masses under the crawlspace for support.  Not only did this not work, it significantly contributed to increased settlement as the masses acted similar to a boat anchor, adding more weight to an already failing footing.  Upon exposing the new problem, it was decided a different approach was needed to truly fix the problem.

Fixing Basement Walls in Edwardsville is Easy with Helitech

Fortunately, Helitech was able to utilize its on-staff structural engineer in order to design a new plan for the homeowners.  This new design entailed breaking off the existing masses and completely removing the foundation wall in the area that had settled for replacement.  Because the homeowner was going to do major remodeling, he still wanted to install the Helical Piers as a way to ensure the new foundation would never settle.

Kevin came out today to fix 3 cracks in our basement today. He did an excellent job!!

Due to excessive settlement as a result soft soils and age of the structure, the entire existing foundation of a … View Case Study
Previous Next
More Case Studies 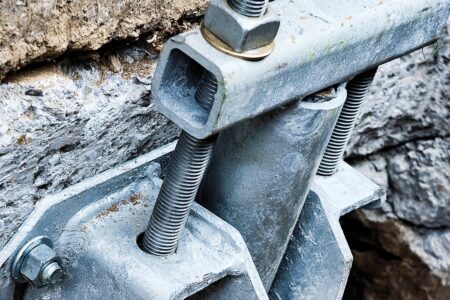